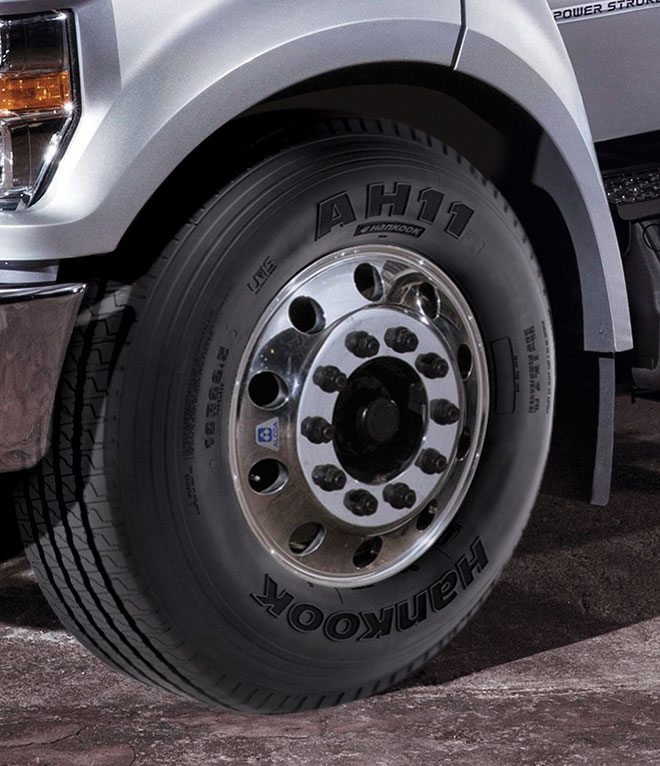 The AH11 is one of four Hankook patterns approved for fitment

Hankook Tire says it has been involved in the development of the Ford 2016 F-650/F-750 since 2013 and considers this OE contract to be “a strategic advancement of Hankook Tire as a global credible partner in North America.” The company has provided Ford with tyres since 1999 and previously supplied original equipment products for a number of the manufacturer’s vehicles, including the Explorer, Edge, Mustang and F-150 – the best-selling pick-up truck in North America.

Commenting on the newly-announced deal, Hankook Tire vice-chairman and CEO Seung Hwa Suh said: “Hankook Tire is currently focusing on diversifying our radial truck tyre line-up, and the recent Ford 2016 F-650/F-750 OE supply agreement with Ford will be the foundation that we build on to accelerate our business in North America.”