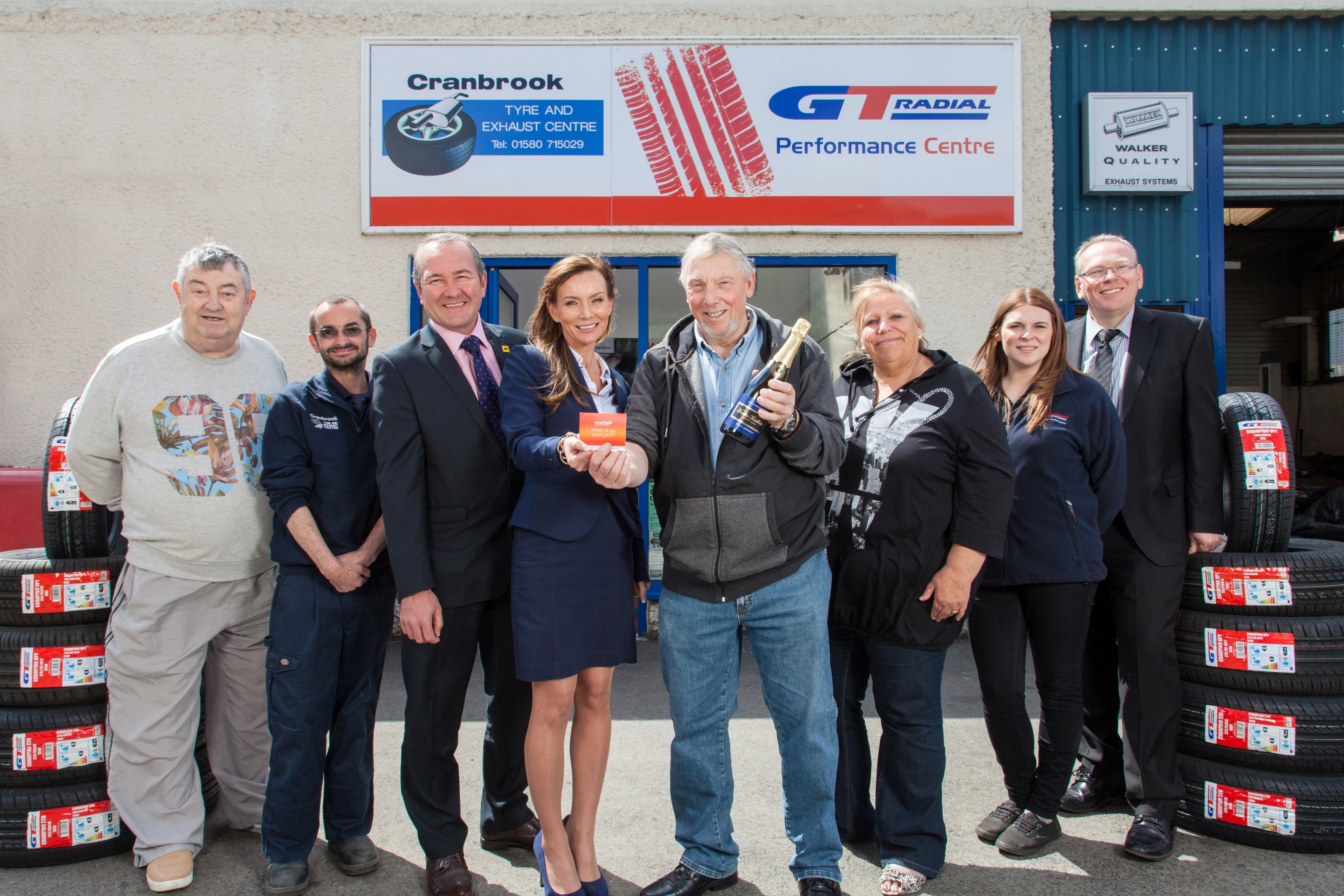 A customer of GT Radial Performance Centre (GTPC), Cranbrook Tyre & Exhaust Centre has been named the winner of the brand’s biggest UK consumer competition to date.

Henry Jeffery (67) and partner Carole Marchent (60) collected £10,000 in holiday vouchers having been entered into the prize draw when they fitted four GT Radial Champiro VP1 tyres in November, and correctly answered a question on the legal minimum UK tyre tread depth for passenger cars.

Running from October 2014 to March 2015 across every GTPC in the network, the promotion garnered over 1,800 entrants and was designed to raise sales and increase brand awareness, targets which have been achieved.

Brian McDermott, managing director UK for Giti Tire, said: “We worked closely with Micheldever to create a marketing initiative that would support every GTPC, not just at the point of sale to increase trade but to build brand knowledge and loyalty. All benchmarks have been surpassed.

“We are now planning our next large scale, UK-wide promotion, more details will be announced in due course.”