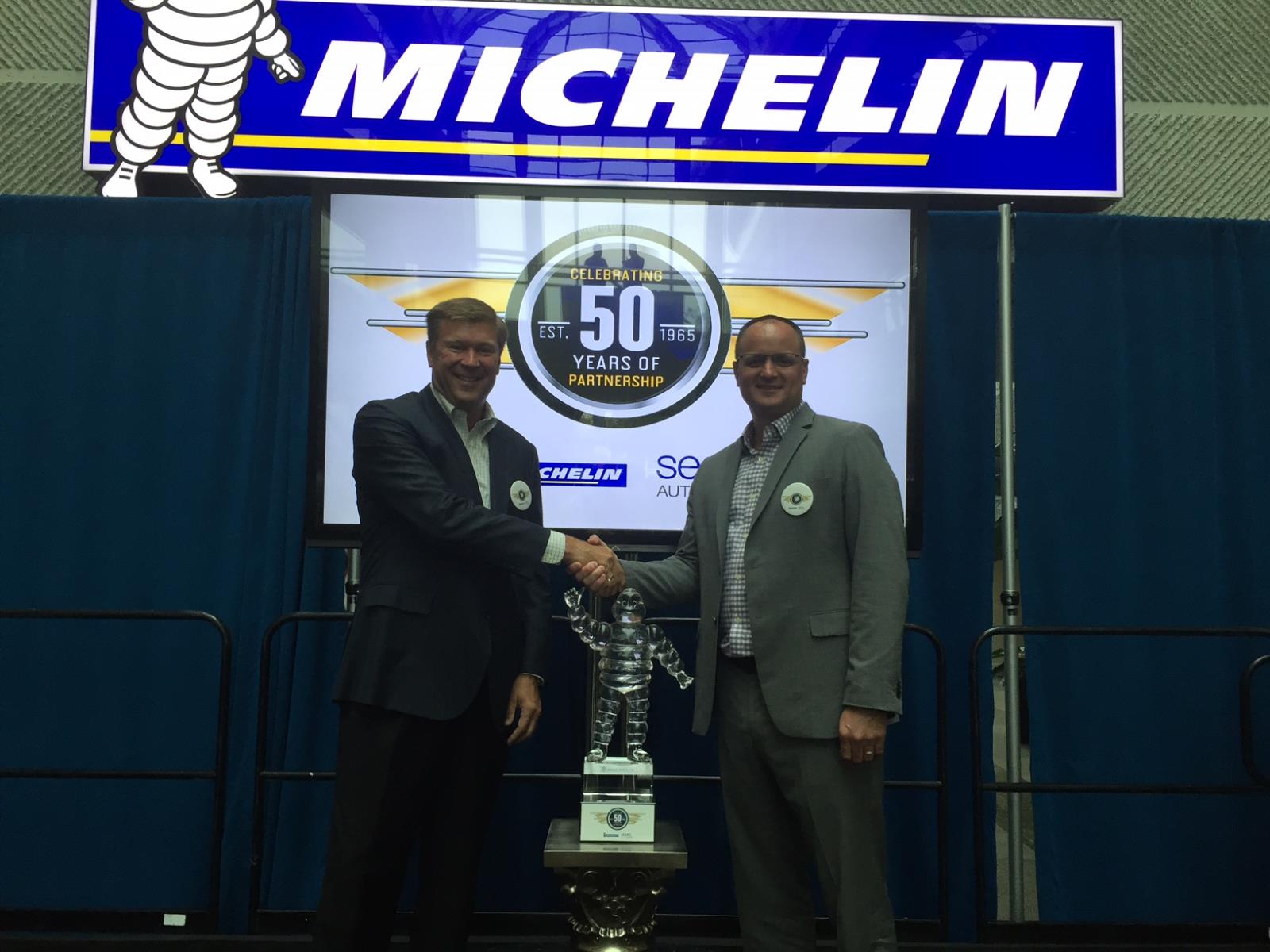 Michelin North America has celebrated half a century of partnership with the retailer it says has not only sold more Michelin tyres than any other, but also introduced the radial tyre into the USA. Department store chain Sears signed an agreement with Michelin in 1965 to sell Michelin radials under the Allstate trademark, a deal that kicked off a collaboration that has now seen more than 135 million tyres sold through Sears outlets.

“Fifty years ago Sears and Michelin took a big risk together when they signed a treaty to sell radial tyres in the US,” said Scott Clark, chief operating officer of Michelin North America’s passenger and light truck tyre division. “The radial tyre technology, which was yet to be proven in the US, helped consumers experience tyres that lasted twice as long as bias-ply tyres, and were more fuel-efficient and comfortable. The partnership with Sears has been a long and successful one for both of our companies, and we look forward to continuing to sell our Michelin, BFGoodrich and Uniroyal tyres at Sears in the future.”

“Sears Auto Centers is proud to have sold more Michelin tyres than any other retailer,” said Brian Kaner, who leads Sears Holdings’ Automotive business. “Together over the past 50 years, Michelin and Sears have seen many changes in the auto industry, the nation’s highway system and the cars people drive. But one thing has been constant – Sears Auto has been there to help Americans maintain their vehicles, including providing innovative and high-quality tyres from Michelin and its brands. We’re excited to mark this special occasion with our teams at Sears and Michelin. In today’s competitive marketplace, two teams working together for 50 years truly is a significant accomplishment.”

Sears introduces the Allstate, a tyre made in France by the world’s largest maker of radial tyres