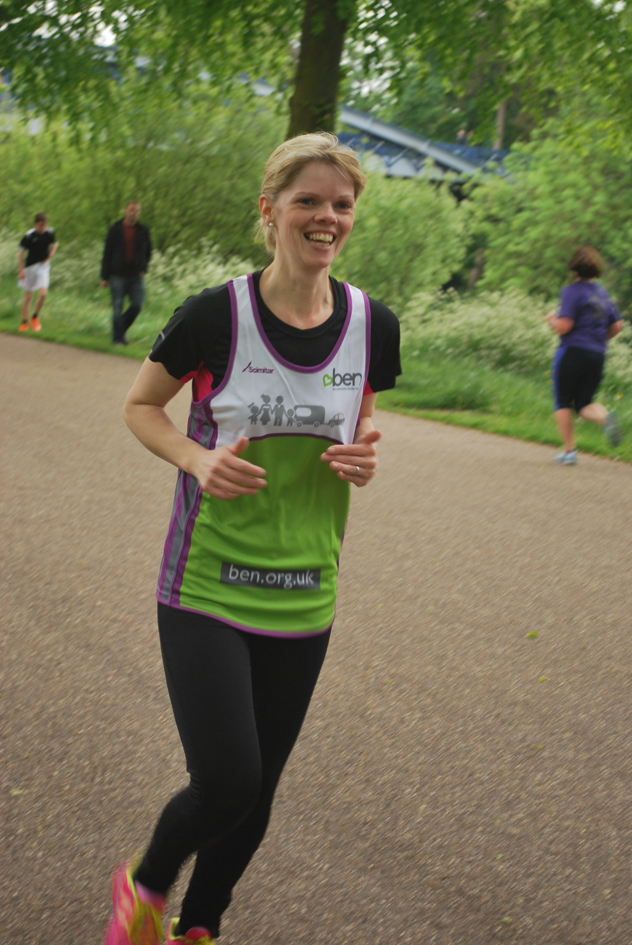 Kate Weaver, who ran a sub-40 minute 5k 18 months after being told that she might never walk again

BEN, the automotive industry charity is elated to announce that Kate Weaver, whose family has benefitted from BEN’s help, ran a 5km park run in under 40 minutes at Quarry Park in Shrewsbury only 18 months after being told that she might never walk again. So far, Weaver has raised over £800 with funds still coming in for BEN and Dr Gardner’s Charity for Nurses.

Not so long ago, this achievement was just a dream to Weaver and now the dream has come true and she is ‘floating on cloud 9′ with help from her family and friends and these two charities.

Last December at the BEN Ball hosted at Grosvenor House, Weaver captivated an audience of 1,000 people by explaining the life changing impact of the help BEN provided during a personal crisis. She told how during pregnancy she suffered a stroke and then courageously gave birth three days later while paralysed on her left side. With BEN’s help and support, specialist equipment was purchased which enabled her to walk again and return to sharing quality time with her family.

After her stroke, Weaver had two goals; one was to wear a pair of high heels and the second was to start running again, and last Saturday Weaver achieved the latter.

Commenting on her run, she said: “Thank you everyone who has donated and supported me so that I could reach this day and raise money for the two charities that have literally got me back on my feet. This achievement means so much to me and, my family I can finally draw a line under what’s happened and move on to the new chapter of our life. Also it’s a great feeling to know that these funds will help another family who are facing the life changing circumstances we faced.”

Bekki Chandler, BEN’s events executive said: “I’m so proud and inspired by what Kate has achieved. It has been a great honour to be involved with the event and be at the finish line to see Kate accomplish her final goal. Well done Kate from all of us at BEN.”

Readers who would still like to sponsor Kate Weaver can do so here.