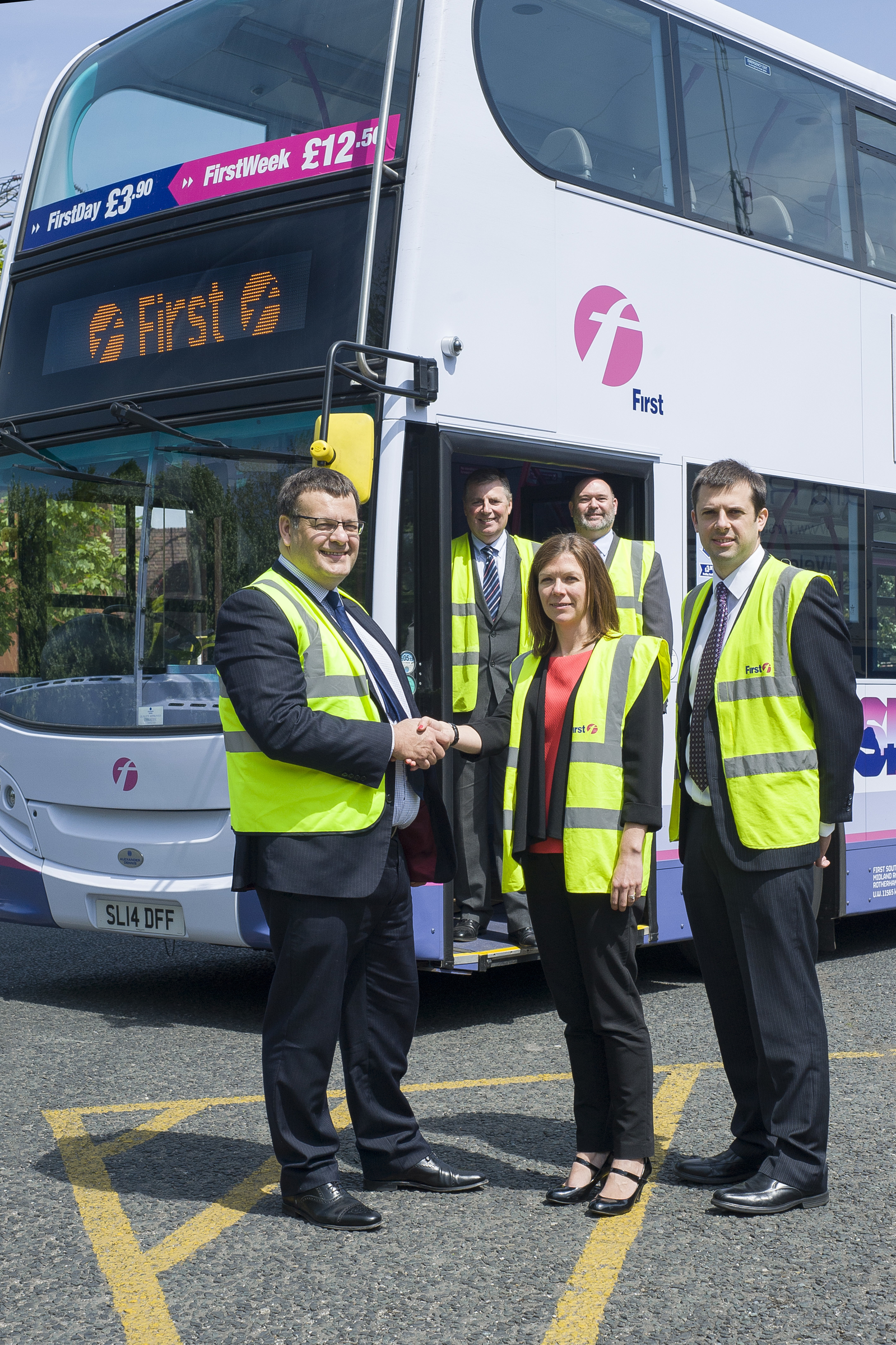 One of the UK’s leading transport operators has extended a fleet agreement with Bridgestone. The tyre manufacturer will supply First Bus with its range of premium products to cover different regions in the UK, predominantly Yorkshire and the south west. The deal covers around 40 per cent of the overall First Bus fleet, which represents growth for Bridgestone. First Bus also renewed its contract with another premium tyre supplier, Michelin Solutions, earlier in 2015.

Bridgestone stated that it counts the fleet as one of its most prized partnerships, with a long history of partnership. First Bus played an influential part in the creation of Bridgestone’s U-AP 001 tyre, which succeeds its predecessor the R192.

Bridgestone’s commercial sales director Greg Ward said: “We worked with First Bus over three or four years before bringing this urban all-position tyre to the market and the trials we conducted played a vital role in the tyre that is fitted to buses today.

“We trialled a number of different compounds and tread patterns before we came up with final product, which boasts improved grip and braking performance in all conditions.

Andrea Clegg, First Bus UK procurement manager said: “We are happy to be continuing our partnership with Bridgestone. They have worked closely with us with their Total Tyre Care package and we have collaborated with them closely in the development of their new bus tyre, the U-AP001.”

Ward added: “To agree a new working partnership with First is a big coup for everyone associated with Bridgestone and something we are delighted to announce.

“We boast a number of close relationships, forged over many years, and we look forward to building upon these and continuing our premium level of service long into the future.”

CV market buoyant in May