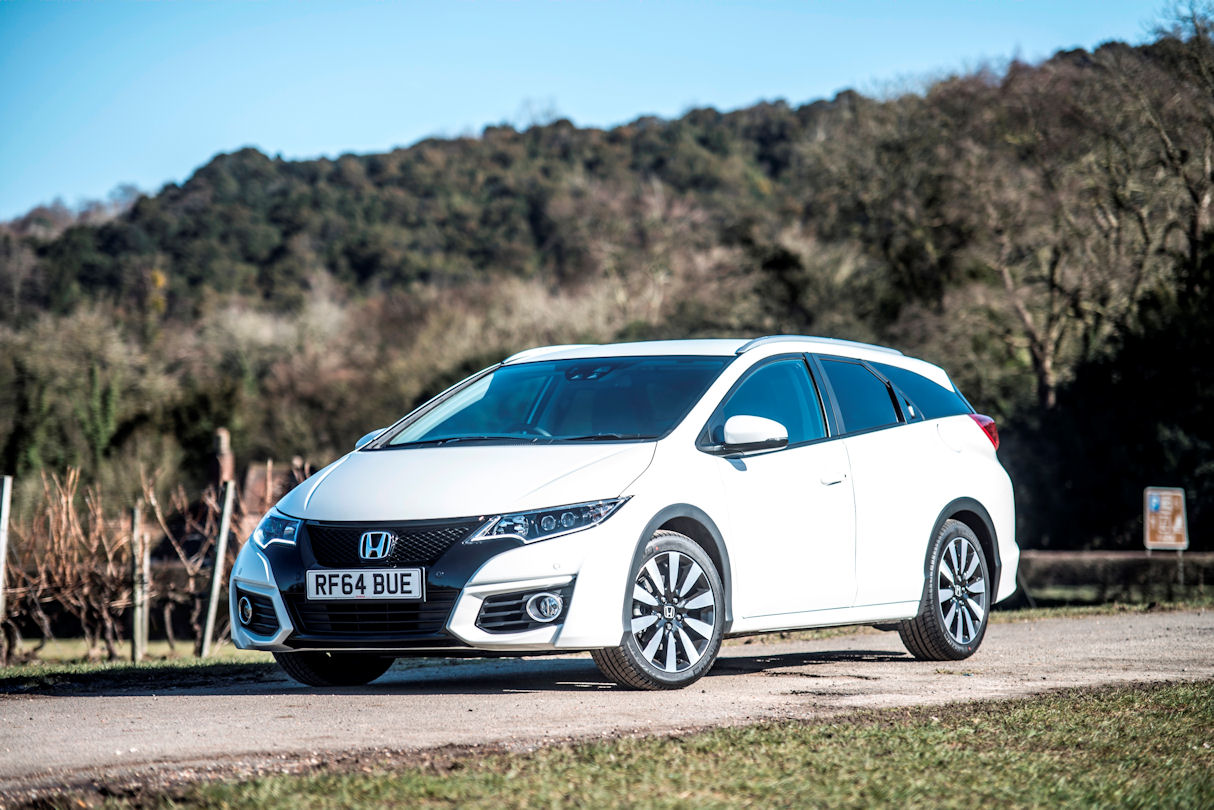 Honda will put the real-world fuel economy of its super-efficient 1.6 i-DTEC engine to the ultimate test in an 8,500 mile drive across all 24 contiguous EU countries, with the aim of setting a new Guinness World Records title for fuel efficiency.

On Monday 1st June 2015, two members of Honda’s European Research & Development (R&D) team will climb into a Honda Civic Tourer and set out on an epic journey from Aalst, Belgium. Heading towards the Netherlands and Germany, their trip will see them navigate the Continent in a clockwise direction, with the aim of returning to their starting point some 25 days later, on June 25th, having covered a planned total of 13,614km.

The Guinness World Records title attempt comes on the back of several independent tests which have proven Honda’s 1.6 i-DTEC engine to consistently out-perform its quoted fuel efficiency in real-world driving conditions. Keen to once again underline this performance and in the challenging spirit for which the brand is famed, Honda aims to set a benchmark with a Guinness World Records title never before attempted in Europe.

Under the rules of the Guinness World Records title attempt, the same two drivers must be in the car for every kilometre of the journey. Step forward Honda R&D colleagues of some 18 years, Fergal McGrath and Julian Warren, based at Honda’s European manufacturing facility in Swindon, UK. The pair volunteered to take up the challenge and will be charged with driving an average 370 miles, taking around 7.5 hours each day.

Fergal McGrath comments: “We are very much looking forward to the record attempt, and while we’re excited we’re both a little nervous about the scale of the task that awaits us. A huge amount of planning has gone into taking on this challenge and we look forward to what we hope will be a successful result when we return to Brussels on June 25th. But we’ve got more than 170 hours behind the wheel to contend with first!”

The official Guinness World Records title is ‘Lowest Fuel Consumption – all 24 contiguous EU countries’, measured in litres per 100km and miles per gallon calculated over the entire journey. If successful the new record will apply to all cars, including hybrid and electric models. Based on strict and rigorous guidelines, the record attempt requires the car to enter each of the 24 countries specified, collecting a range of evidence including a fuel/mileage logbook, GPS readings, video, photographs and independent witness signatures to prove that it has done so.

To ensure accurate monitoring of the route, journey time and distance driven, the record car has been fitted with a tracking device, provided by fleet telematics and stolen vehicle recovery expert, TRACKER (part of the Tantalum Corporation). The unit will provide a superior level of journey information, in real-time to ensure that Honda can supply robust and reliable automated data-evidence to meet the requirements stipulated by Guinness World Records. Supporters will even be able to follow the progression of the two drivers live by visiting http://www.tracker.co.uk/RealFuelChallenge
The car which attempts the record must be a standard model in every respect, with no modifications to give an advantage. This will be judged by an independent witness at the beginning and end of the record attempt. The car can only travel by road, therefore the route does not extend to the UK, Ireland, Cyprus and Malta, which make up the remainder of the 28 EU countries. In order to ensure no unfair advantage by reducing weight, the tank of the car must be filled to the maximum at each fuel stop.

Philip Crossman, Managing Director of Honda UK, comments: “Since its launch in 2013 we have seen the 1.6 i-DTEC engine consistently over-perform on real-world fuel efficiency in our Civic, Civic Tourer and CR-V models, and this is our opportunity to put it to the ultimate test on a huge scale. We are very confident of a great result and we wish the team all the very best of luck as they take on the challenge.”

Follow Honda’s record attempt and get involved at #RealFuelChallenge.