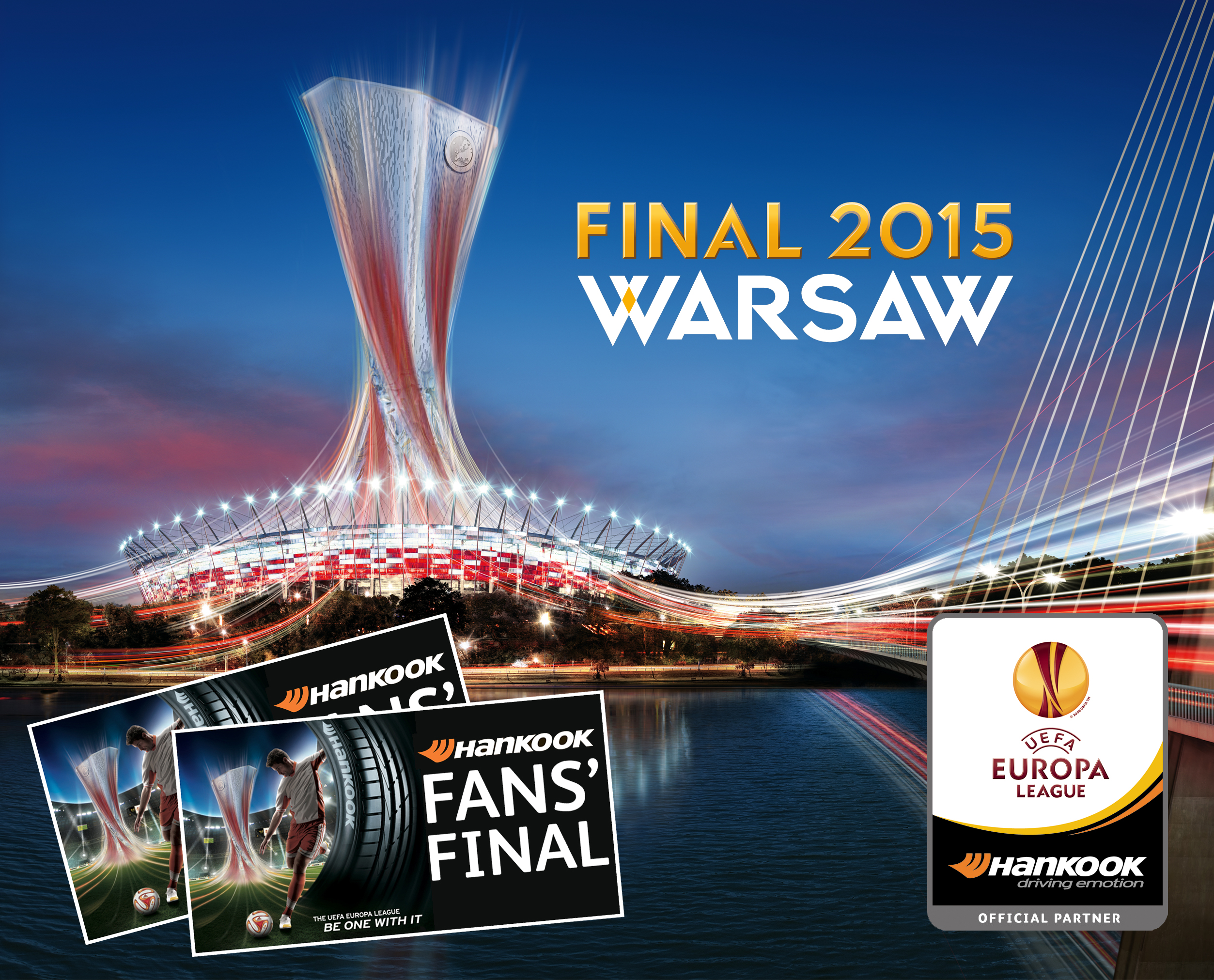 Official UEFA Europa League partner Hankook Tire is offering fans two pairs of tickets to attend the 2015 final in Warsaw. Those interested in winning the tickets must visit the fansfinal.hankooktire-eu.com site before 28 April and answer three easy questions. Other prizes up for grabs include a set of Ventus S1 EVO² or Ventus Prime² tyres and official UEFA Europa League match balls.

The main prizes include travel to the 28 May final, accommodation and meals. The winners will also have the chance to participate in the ‘Hankook Fans’ Final’, which will take place on the same national stadium pitch as the final, but a day later.