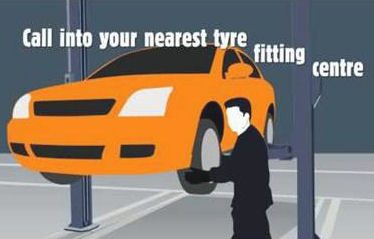 Tyre pressure monitoring systems are an effective safety feature, but as of January 2015 they also provide an extra way for a vehicle to fail its MoT. Safety organisation TyreSafe notes that public awareness of TPMS is not particularly high, and to remedy this it has produced a simple video to help motorists understand the technology’s safety features. The TPMS video is part of a wider TPMS campaign from TyreSafe, which has produced a range of informational products including leaflets and posters that can be found on the TyreSafe.org website.

“Although TPMS technology has been around for decades, its inclusion in new model vehicles has only been mandated in Europe since 2012 and on all new cars since 2014. This led to a gradual introduction into the market over a period of years and with little or no fanfare to help educate motorists,” comments TyreSafe chairman Stuart Jackson. “Our members have been telling us that they’re encountering a lot of customers who either aren’t aware of how these systems work (and need to be maintained) or just see them as an expensive luxury rather than the crucial safety feature they are.

“This is why we have produced a video: to communicate the importance of TPMS and how to use it effectively,” adds Jackson. “They make sure drivers know their tyre pressure when it’s most important – while they are driving.”