You are here: Home1 / News2 / Motorsport3 / Hankook returns to F3 with ‘enhanced’ tyres 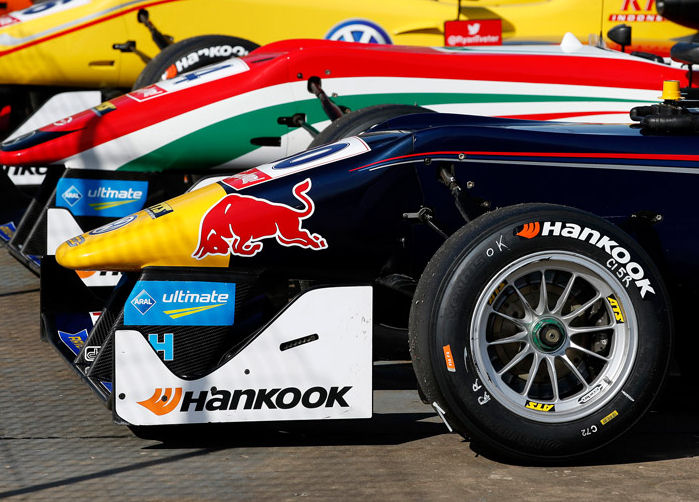 The weekend’s round at Silverstone marked the start of Hankook Tire’s fourth year as official tyre supplier of the Formula 3 European Championship. The current season consists of 11 rounds and a total of 33 races, and will see competitors take to the track on the Ventus F200 slick and Ventus Z207 wet surface tyres. Hankook says this rubber – which it developed exclusively for the championship – has been ‘enhanced’ for the new season.

“Keeping with our history as the premium partner of the FIA Formula 3 European Championship, Hankook has focused on the development of racing tyres exclusively tailored for the extreme Formula 3 racing conditions. Our latest racing tyres feature the ultimate top technology specifically designed according to the FIA’s technical and sporting regulations,” commented Manfred Sandbichler, Hankook Tire motorsport director for Europe.

Antonio Giovinazzi leads the table with 51 points after finishing second in the first and third races at Silverstone and third during the second. The Formula 3 European Championship heads to Hockenheim in Germany for the next round, which takes place between 1 and 3 May.