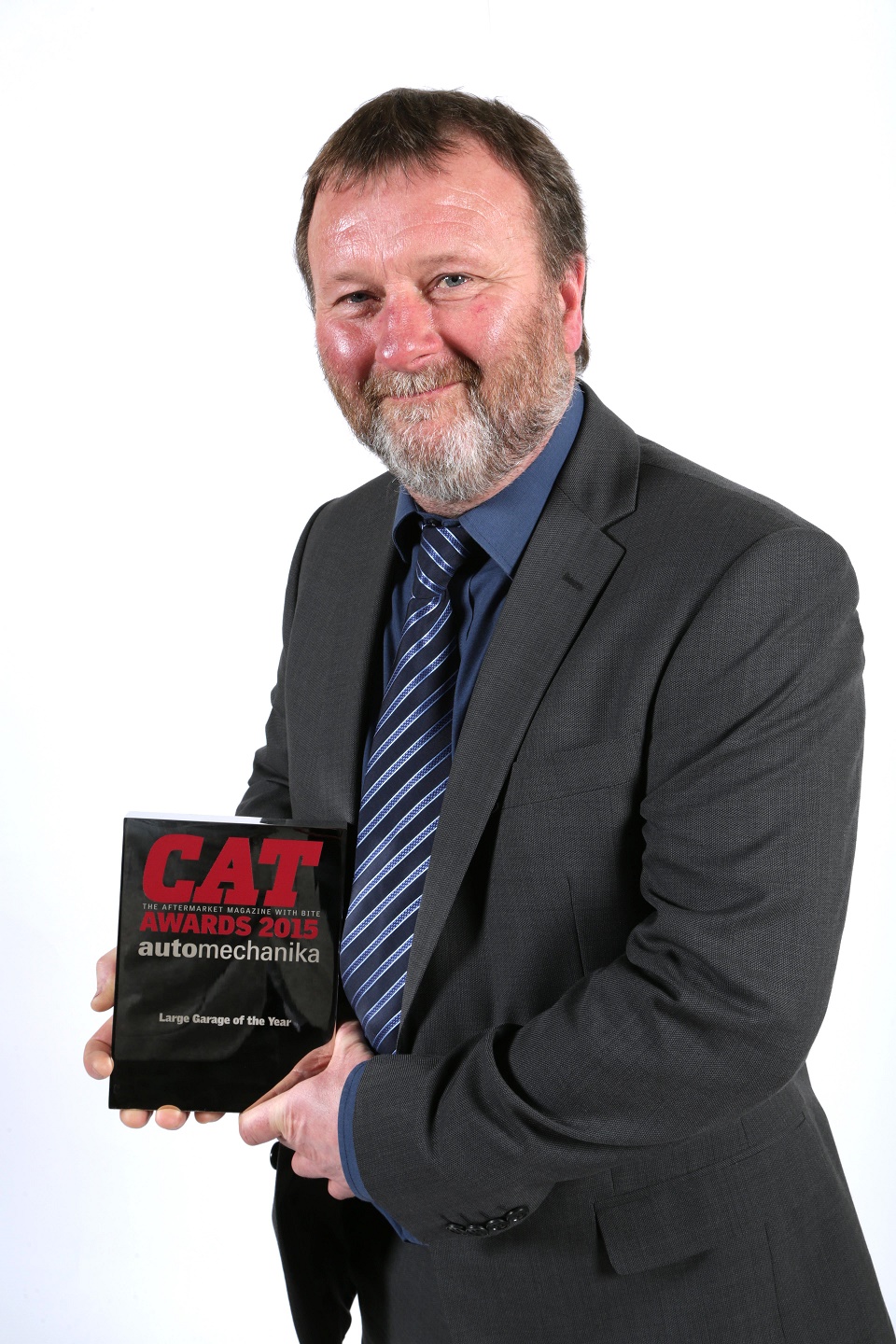 Chorley’s Weldbank Garage has won Large Garage of the Year” at the 2015 Car & Accessory Trader (CAT) magazine awards. The independent garage, celebrating its 60th year in business, emerged victorious following a competitive voting campaign, orchestrated on social media and in the local press. As part of the TerraClean network, fellow members added their support by voting for Weldbank and canvassing votes.

Weldbank Garage proprietor, Tony Waring, said: “Running an independent garage is incredibly challenging but when the efforts of our business and team are recognised in this way, it is extremely rewarding. I’d like to say a ‘big thanks’ to all family, friends and customers for their votes. And, a big thank you to my fellow TerraClean service centres who worked tirelessly to support our efforts. TerraClean has proven of great value to our business – adding a new revenue stream and bringing about new customers. I recommend garages take advantage of this opportunity, while geographical gaps remain.”

Established in the 1950s by the late Thomas Waring, Weldbank Garage set about repairing everything and anything in an old tin workshop. The D-Day veteran worked tirelessly supported by his wife Edna, who kept the books. From its humble beginnings, Weldbank has grown from a one-man repair workshop to one of the largest independent garages in the area, continuing to invest in equipment and ongoing training for technicians.