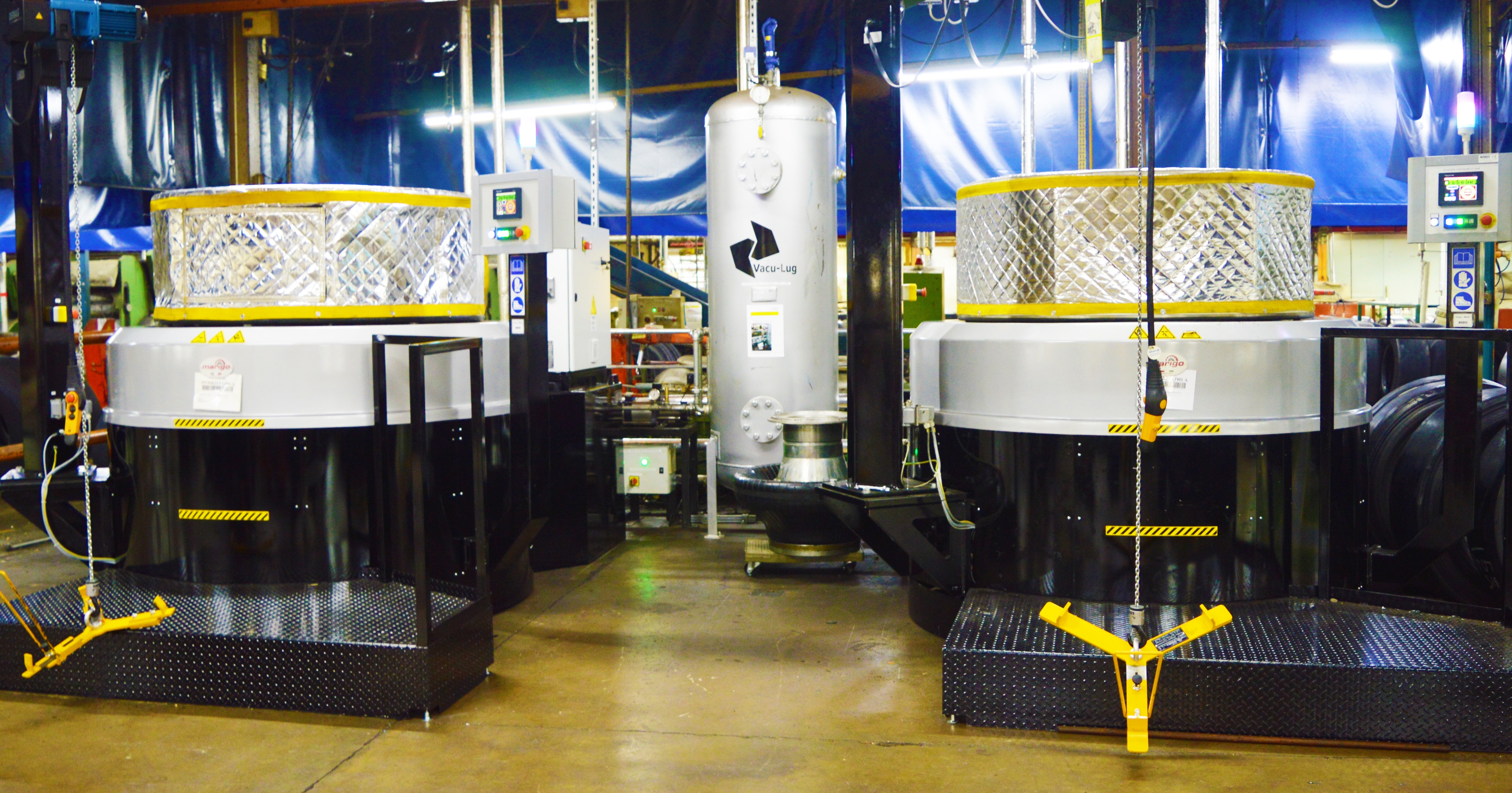 Vacu-Lug has added two more phases of conveyor system, as well as another 12-segment, high-pressure “Logistik” press and installed new LED lighting in various areas of the Vacu-Lug site as part of a suite of measure investing in the company’s retread manufacturing capabilities.

The installation of conveyor systems within Vacu-Lug’s Hotcure department began in 2012 and the first system was set up to transport buffed tyres from the buffing machines through to the brushing up area. This was originally installed to replace a number of old manual handling systems and its installation has resulted in improvements to operational efficiency, control of work-in-progress and health and safety.

Significant improvements have also been seen ergonomically, due to reduced manual and double-handling operations – an area which continues to be one of Vacu-Lug’s long-term health and safety commitments.  All-in-all, the use of conveyors has meant a step forward for the company in terms of both operational efficiency and health and safety within the workplace.

The next stage in development will see conveyor systems installed between both the intermediate and building areas and also from the building area through to the mould shop. They will replace the manual monorail systems located within those areas.

The addition of two more phases of conveyor system will bring further benefits to Vacu-Lug’s manufacturing process. A further improved product flow and mould utilisation will result in both energy and productivity savings and the new systems will make it easier to view the process and identify any issues that require special attention. In addition to this, improvements in housekeeping will make it easier for the team to eliminate any possible contaminations.

The new installations also mean the company is making further progress towards the full implementation of ORBIT – its optimised retreading built-in time system – as the new systems will allow the selection and build of tyres as they are required by the mould section.

Vacu-Lug’s Plant Manager, Brian Barron, is pleased with the progress and developments that have been and are being made: “The latest improvement projects are born from ongoing targets and objectives generated by our dynamic but systematic approach to manufacturing. This is a real process of ongoing improvement from regular measurement, review and subsequent solution. The new conveyor systems form the foundation of a step change in our process performance. The project has been in pilot stage for over a year now, with tangible results in energy reduction, productivity and quality.”

According to the company, there are huge advantages to installing LED lighting, as it typically uses up to 65 per cent less electricity than traditional lights. Added to this, the company reports that it tends to be of 100 per cent better quality than regular lighting. Barron is extremely pleased with the performance of the new LED lighting so far. While he says that electricity saving was the ‘chief driver of the project’, he adds that the improvement in light quality within the factory has been ‘a fantastic bonus’.

In addition to the aforementioned enhancements, the Vacu-Lug team are now producing another version of their Logistik tyre which has made available the current LD01 pattern in size 315/70 R22.5. As part of this, they have installed another 12-segment, high pressure press to handle the production.

Barron commented: “The further development of the ‘Logistik’ product range is testimony to its design concept; this is probably the best tyre we have ever made.”