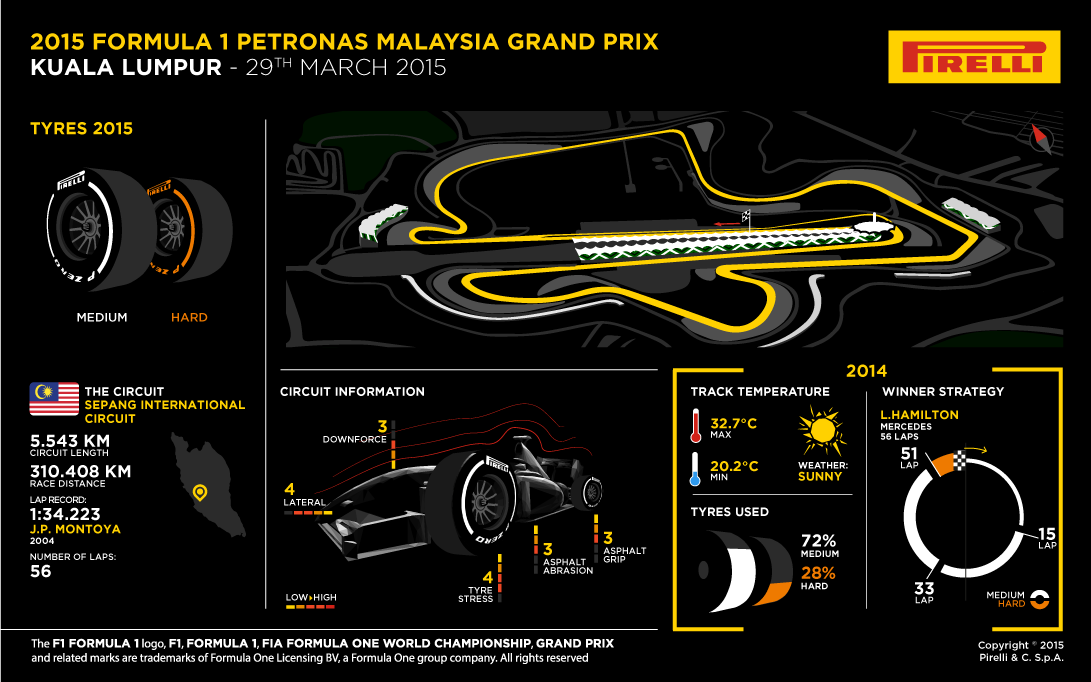 While the abrasive Sepang surface has led to Pirelli supplying its two hardest compounds – the P Zero White medium and Orange hard slicks – to Formula One’s second grand prix of the season, the likelihood of intense rain means the 2015 Cinturato wet tyres could see competitive action in Malaysia. If the slick tyres do see use, Pirelli once again anticipates lap times around two seconds quicker than in 2015, which will “exponentially increase the workload on the tyres,” explains Paul Hembery, Pirelli motorsport director.

Buckinghamshire Merityre the latest to receive Pirelli Performance Centre u...
Scroll to top