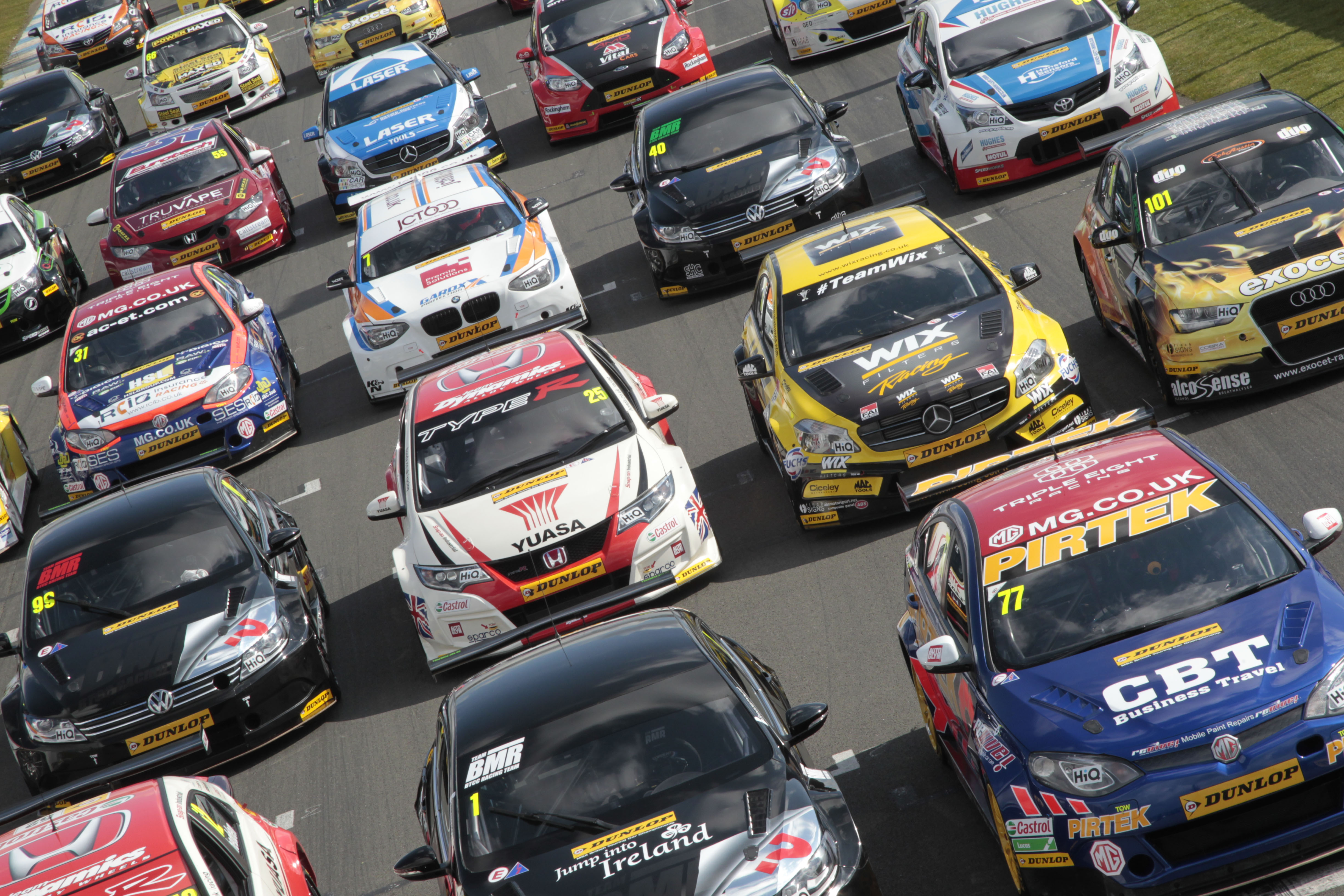 The 2015 Dunlop MSA British Touring Car Championship will dominate ITV4’s Easter Sunday schedule (5 April). Eight hours of live, free-to-air and exclusive UK television coverage will be broadcast from the opening event of the season at Brands Hatch, demonstrating the reasons for Dunlop’s continued investment in its title sponsorship and tyre supply agreement. Global interest in the series is also growing, exemplified by the series’ new North American broadcast partner, CBS Sports Network, which plans to award the BTCC with a prime time slot on Wednesday evenings.

For 2015 ITV bosses cemented its morning preview airtime while significantly extending its post-race analysis coverage. The move to increase the broadcast slot from last year’s 18:00 finish to 18:30 ensures that viewers will get to see more build-up and reaction to the opening BTCC rounds than ever before. With coverage starting at 10:30 viewers in the UK will get more than one hour of previews, interviews and features – many of which were filmed at the series’ annual Season Launch event earlier this week.

The racing action commences with the opening contest of the BTCC campaign at 11:45 and will be followed by live coverage from the Ginetta Juniors, Porsche Carrera Cup GB, UK Clio Cup, Ginetta GT4 Supercup and the newly launched MSA Formula.

All three BTCC races around the tight 1.2-mile Indy circuit will be screened live before viewers are treated to nearly one hour of reaction from what is sure to be an action packed and unpredictable start to the new season.

ITV will continue to screen around seven hours of live free-to-air coverage from each event on both its ITV4 and ITV4 HD channels as well as the itv.com website throughout the year. Adding to the coverage are 60-minute edited race highlights repeated three times after each event on ITV and ITV4 as well as their respective HD channels and ‘simulcast’ on itv.com. In total more than 230 hours of the BTCC will be broadcast across the ITV network with greater exclusive video content also being added to its website.

In the USA one hour highlights will be shown at 21:30 (ET) on 15 April with a further two replays of the same programme already scheduled. Furthermore www.Torque.TV – North America’s new home for motorsports and high performance automotive lifestyle – will also carry each one-hour BTCC highlight programme online for 90 days after each event via its VOD (Video On Demand) platform.

With the latest North American deal providing BTCC action to more than 60 million households it ensures that BTCC will be available to more than 500 million homes worldwide in 2015.