You are here: Home1 / News2 / Company News3 / Continental open to working with Apple on ‘iCar’ – but lowers expectation for e... 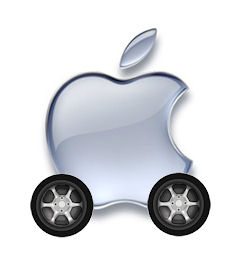 Millions can’t imagine life without their iPhone and iPad, and now a watch is tempting the hearts, minds and wallets of Apple devotees around the world. And if the rumour mill is churning out anything half approaching the truth, the US firm is also working on producing an Apple-branded car with the help of ex-Tesla engineers. If an Apple car does come to fruition, Continental may play a contributory role in its development.

During the German tyre and automotive system manufacturer’s 2014 financial year presentation, which was presented exclusively online on 5 March, CEO Dr. Elmar Degenhart stated that Continental would be “interested” in acting as a partner should Apple produce a car. He noted that the company already works “in close collaboration” with Apple on a number of projects, and is also in talks about interfaces and about future requirements in terms of connectivity and operation, particularly in regards to the integration of mobile end devices in vehicles. “The future will show what may transpire with Apple,” was the firm’s official comment.

Yet while Continental expresses its availability as a “supplier and partner” of systems expertise for an Apple electric car project, the company doesn’t see as much potential for electric cars as it previously did, at least in the short term. “Between four and five years ago it was predicted that hybrid and purely electric vehicles would have a share of 25 per cent or more of the total market by 2025,” wrote Continental in a statement. “These forecasts have been significantly lowered. They are now in the region of 15 per cent to 20 per cent. So you can see that things have progressed over the past few years – unfortunately in the wrong direction.” Furthermore, fully electric vehicles are expected to account for a relatively small proportion of this growth, even in 2025.

Continental net income up almost a quarter in “extremely successful” 20...