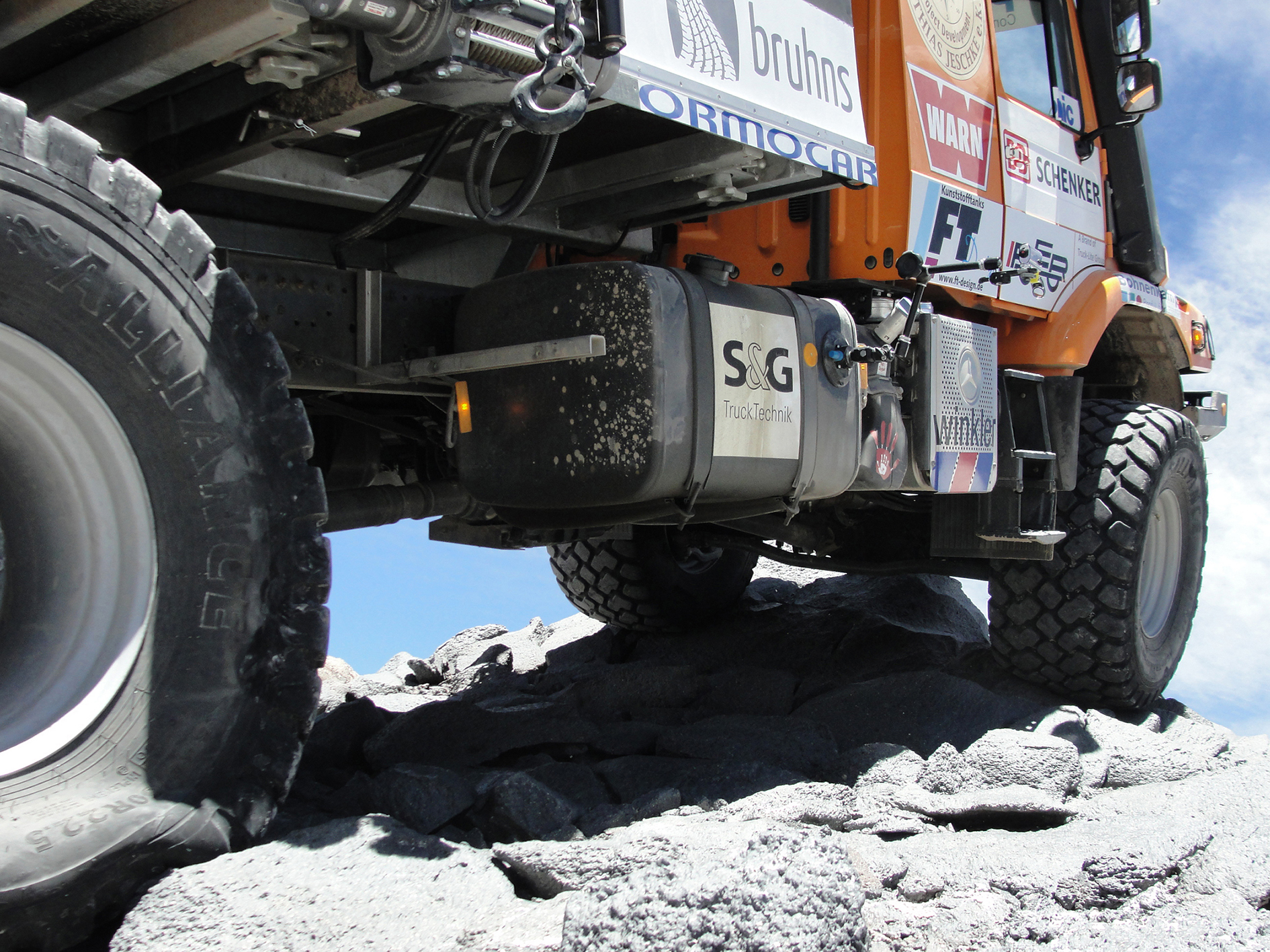 Demonstrating performance and durability “The attempt to set up a new world record is quite a challenge”, said Peter Baur, newly appointed president Europe at Alliance Tire Group. “It means asking for the absolute maximum from crew, truck, and tyres alike.  We were convinced, however, that ATG’s tyres are made to cope with challenging tasks of any kind. That is why we agreed to support the record setting team on their way to the Ojos del Salado volcano in the Chilean Andes”, he said.

“After initial talks between the Extreme Event team, Bohnenkamp and Alliance Tire Group, it soon became obvious that the A390 HD sized 560/60 R22.5 would be the perfect choice for the record climb. This tyre is in fact specifically designed for demanding conditions and is well established on the market. And yet, eleven tonnes of vehicle weight, razor-sharp rocks and penitent ice, i.e. extremely pointed and sharp-edged ice formations, stand for tough conditions that even go beyond the everyday tasks of such tyres”, Henrik Schmudde, director of marketing at leader off-road tyre wholesaler, Bohnenkamp.

Enthusiastic feedback from the record team Following first trails in the area, driver Martin Jeschke was impressed: “Awesome tyres that have climbed across loads of sand and rock without so much as a squeal during the test runs!” On the last day of November 2014, the team departed Copiapo towards the 6,893m summit of the Ojos del Salados, the highest volcano in the world and the second-highest mountain in South America. The group reached the Atacama base camp at altitude 5,300m on first December, and then started for the record four days later. At 20:00 the next day, Jeschke reported: “Truck runs like a clockwork, tyres eat up ice and sand.” Then, shortly after midnight, he sent the highly anticipated message: “The record is broken! Truck at 6,675 m, no truck ever ventured higher!”

Back to the base station, project leader and driver Martin Jeschke was even more enthusiastic: “The accomplishment of the entire team is fantastic. We have negotiated 50 metre-wide gullies, ice fields, rocks, stone slabs, sand and extreme inclines with the truck. The performance delivered by the vehicle and the Alliance tyre is an absolutely fantastic feat and lacks any comparison…”

The record-breaking truck and tyres are scheduled to arrive back in Germany in March 2015, and then will be exhibited at a number of trade shows and events.