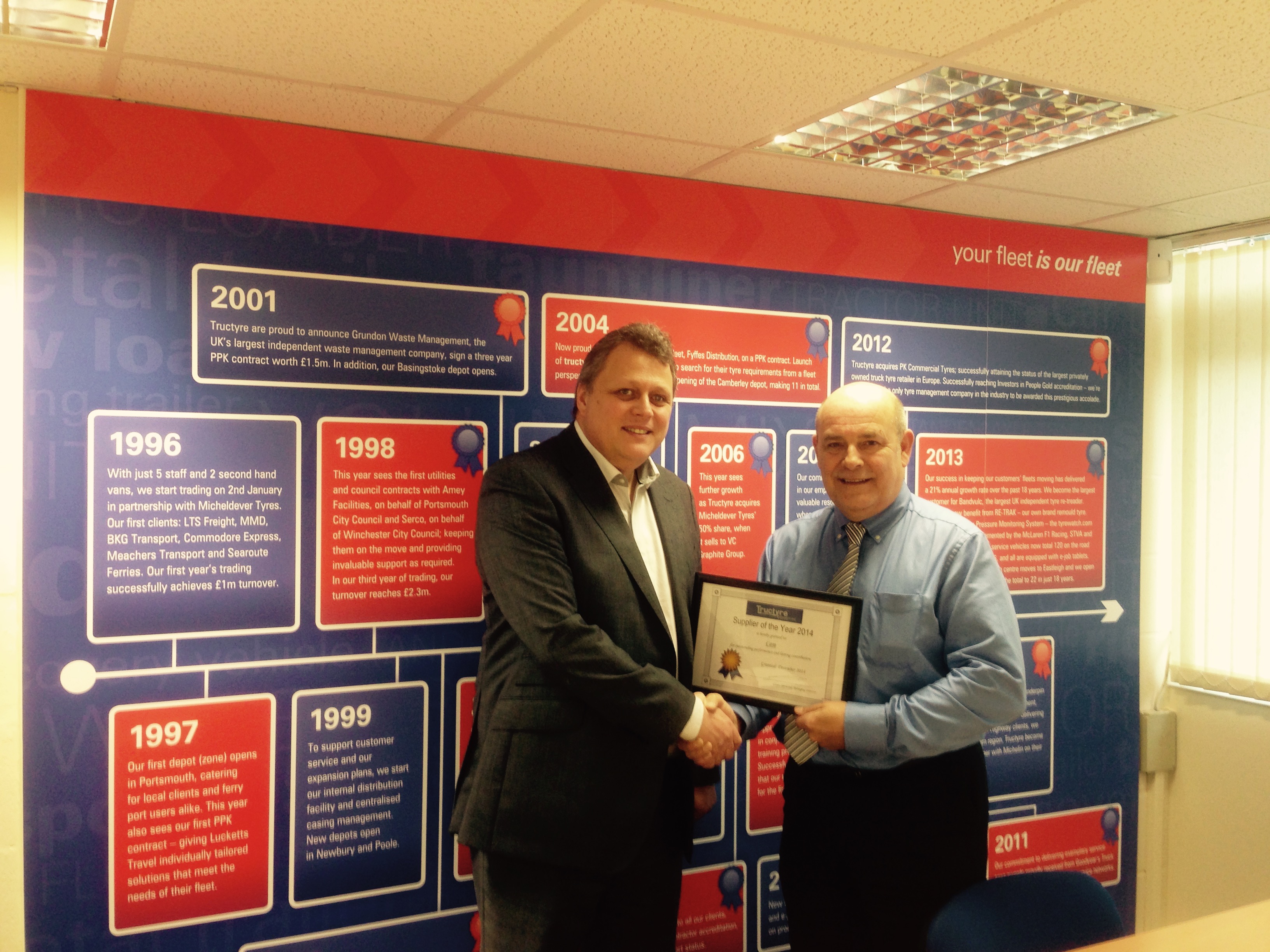 Tructyre Fleet Management has made software systems provider CAM its ‘Supplier of the Year’ after receiving over 72 per cent of the votes from the senior management team. Tructyre MD Glenn Sherwood said that CAM “has worked really hard in 2014 to meet the needs of the business and the industry as a whole.”  Mike Allen, managing director of CAM, said that its achievement had “been made possible because the organisation has been open and collaborative making for a dynamic and fruitful partnership.”

CAM was one of nine companies nominated for the awards, which have been running for the past fourteen years. Its success was based on several initiatives CAM introduced into Tructyre over the past year including Cameo 25, designed to improve stock control;  CAM GL, which facilitated accounts and purchase ledger;  the e-Tablet solution, which delivered efficiencies for mobile fitters; and CAM Intelligence, which enabled the business to view and monitor the status of their operations at a glance from one central console, with profitability, cost and risk-reduction and the speed of corrective action the major benefits.

“We have been working with CAM for 19 years,” continued Sherwood, “and in that time the business has really turned around its service.  It was integral to our head office move last year and integrating depots based in the East, and has undoubtedly helped us move the business forward.”

Allen added: “We’re absolutely delighted to have been awarded this honour and by such a wide margin. As a team, we have committed ourselves totally to helping Tructyre achieve all its goals…  We have a lot to live up to in 2015 and will be making sure we work as hard to retain our title at the end of the year.”

Drink driving figures down 19% in Scotland