You are here: Home1 / News2 / Motorsport3 / Hankook gets underway as 24H Dubai sponsor and tyre supplier

Hankook gets underway as 24H Dubai sponsor and tyre supplier 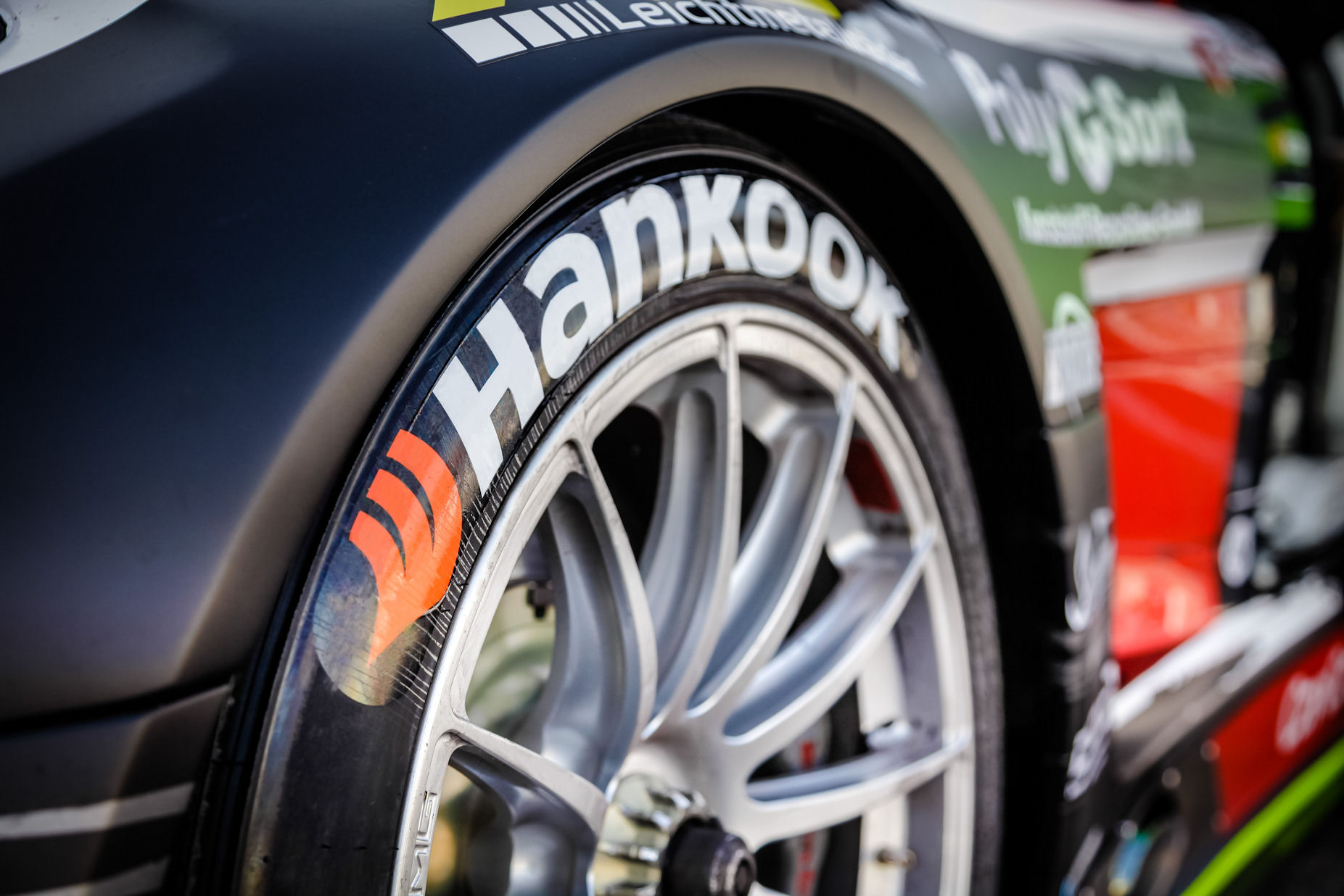 Hankook brought 15 containers of tyres to the event

The 24H Dubai is currently taking place, and for the first time ever, Hankook Tire is serving as title sponsor and exclusive tyre partner to the event. Qualifying and night practice for the race began yesterday, with the Hankook 24H Dubai 2015 race itself getting underway at 1.30pm local time (9.30am GMT/UTC). This season-opener in the United Arab Emirates doubles as the flagship event and curtain-raiser for the ‘24H Series powered by Hankook,’ which was recently granted official international series status by the FIA.

Proceedings are taking place at the 3.35 mile (5.39 kilometre) long Dubai Autodrome, and Hankook arrived equipped with 15 container loads of slick and wet tyres for approximately 100 race cars, bringing sizes ranging from 17 inches for the compact touring cars to 19 inches for the biggest GT3 racers. “Dubai will see the ‘who’s who’ of motorsport lined up on the grid,” commented Manfred Sandbichler, Hankook’s motorsport director Europe. “We look forward to taking part in this anniversary event and, in our role as partner and supplier, supporting all teams with our know-how and high-performance tyres.”

Prior to Hankook’s engagement, Dunlop supplied tyres to the 24H Dubai. The company’s withdrawal as supplier and sponsor was attributed to the end of motorsport tyre production in Birmingham.

Parents see themselves as good driving role models – even when they’re ...