You are here: Home1 / News2 / Ford GT to roll on Michelin rubber 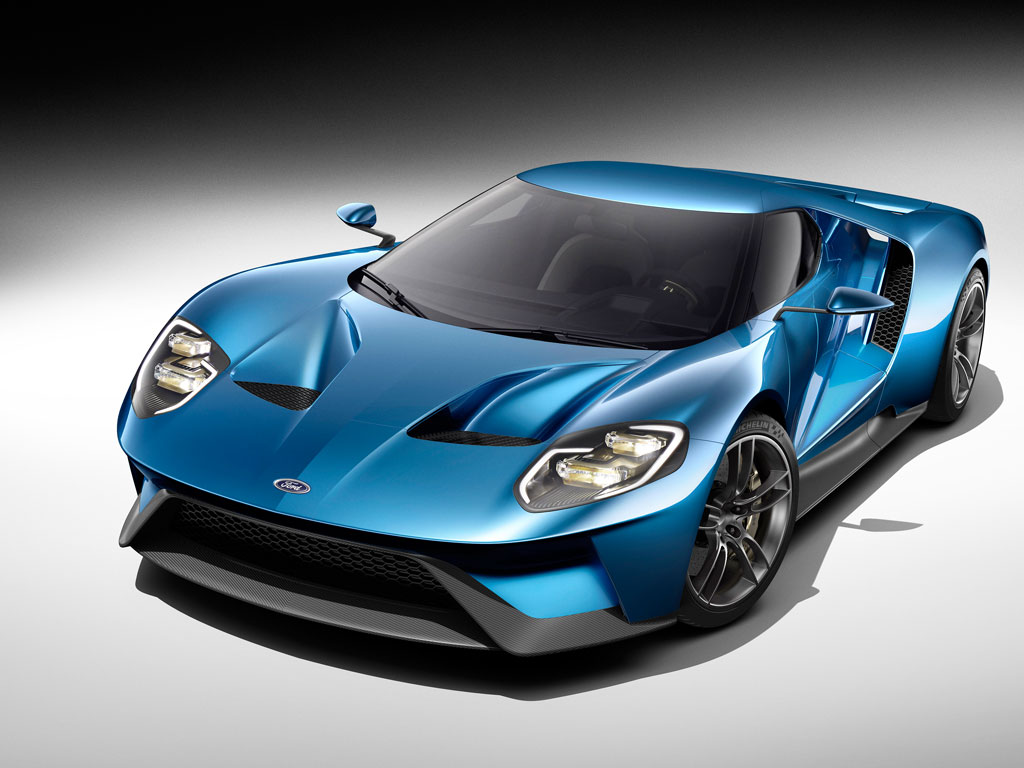 Michelin reports the selection of its tyres for several new cars on display or debuting at the North American International Auto Show in Detroit. This roll call of fresh original equipment fitments includes the new Ford GT, the highly anticipated mid-engine supercar developed to mark the 50th anniversary of its namesake placing 1-2-3 at the 1966 24 Hours of Le Mans. When the Ford GT is released in 2016 it will roll on 20-inch Michelin Pilot Sport Cup 2 tyres that feature a unique compound and structure designed specifically for the Ford GT. Exact dimensions are yet to be announced.

A further Michelin-shod Ford models unveiled at the NAIAS is the Shelby GT350R Mustang. Ford calls this new addition to the Mustang stable the “most track-ready road-going production Mustang ever built.” As with the Ford GT, the Shelby GT350R Mustang’s 19×11-inch front wheels and 19×11.5-inch rear wheels will be fitted with Michelin Pilot Sport Cup 2 tyres. Another Mustang shown at the NAIAS, the Shelby GT350 Mustang, will be supplied with 19-inch versions of the Michelin Pilot Super Sport; these tyres have a GT350-specific sidewall construction, tread face and compound.

Over in the General Motors camp, Michelin is present as an original equipment fitment on the new Chevrolet Corvette Z06 and the Cadillac ATS-V and CTS-V. The Corvette Z06 is promoted as “the closest link yet between Corvettes built for racing and the road” and said to be strongly influenced by the latest-generation C7.R Race Car. Michelin’s Pilot Super Sport is standard equipment in size 285/30 ZR19 for the front axles and size 335/25 ZR20 for the rear. The Pilot Super Sport Cup is available as an option in the same dimensions. The Cadillac ATS-V coupe and CTS-V saloon both receive the Pilot Super Sport as original equipment fitments.

Two BMW models shown at the NAIAS have also been homologated for the Pilot Super Sport. Versions of the X5M and X6M fitted with 21-inch rims will receive the tyre as original equipment.

“Michelin is proud of our collaboration as a preferred technology partner with many of the world’s leading automakers, we have worked very closely with their engineering teams to design and develop tyres that maximise the performance of these amazing vehicles,” said Bob Carroll, vice-president of North American sales for Michelin. “We like to say that we don’t just sell tyres, we sell technology that enables mobility. Every one of these projects was unique with the tyres specifically tuned to the vehicle.”