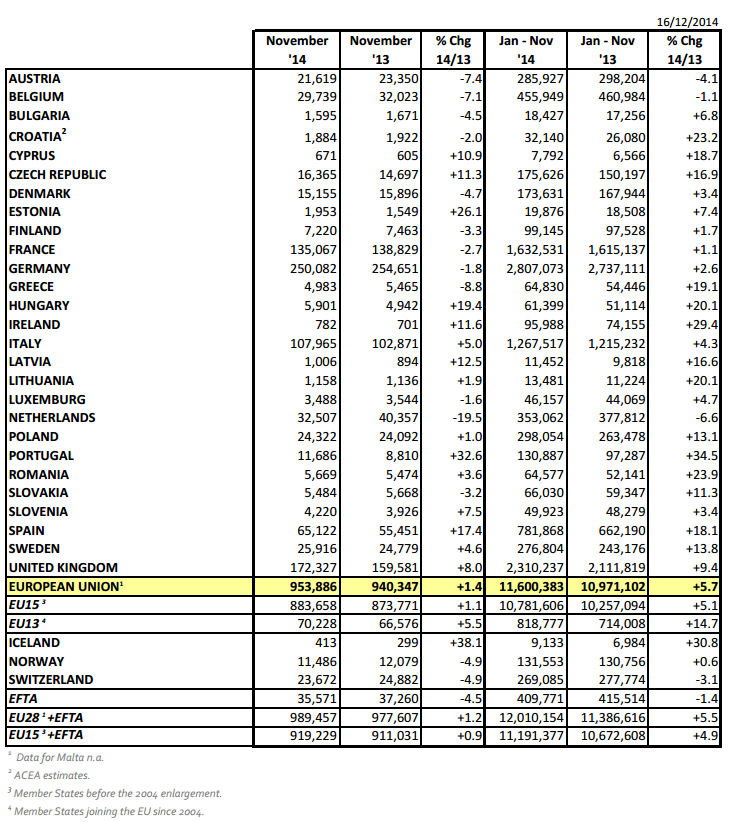 The UK car market continued to grow at a rate far higher than the European average in November. The European Automobile Manufacturers Association, or ACEA, reports that the UK market grew 8.0 per cent year-on-year during the month, contrasting with other major markets such as France, which contracted 2.7 per cent, and Germany, which shrank 1.8 per cent year-on-year. UK growth even outstripped that posted by the EU members that joined the union after 2004; their average year-on-year growth was 5.5 per cent in November. Average growth across the European Union during the month was 1.4 per cent.