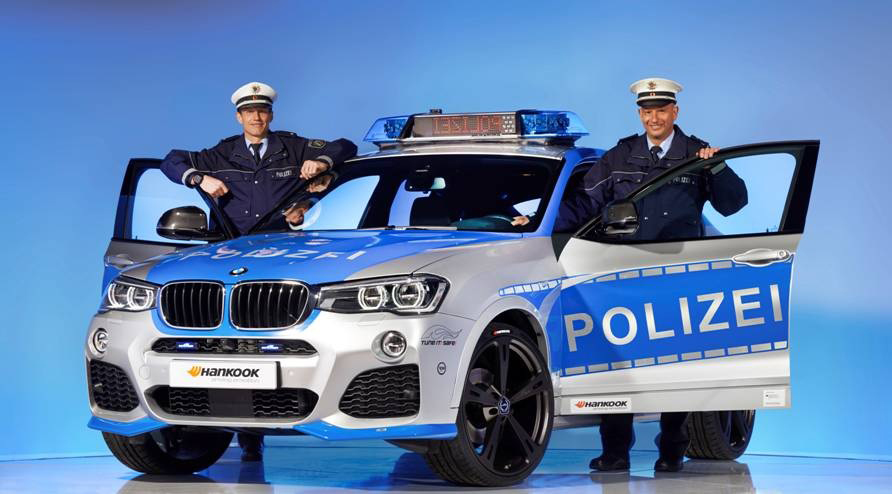 The tuning rozzers and their AC Schnitzer modified BMW 2.0i xDrive

At the Essen Motor Show, which concludes this weekend, Hankook Tire has announced it will continue as a main sponsor of the Tune it! Safe!, a German campaign that aims to ensure vehicle tuning enthusiasts keep their modifications safe and legal. The campaign is now in its tenth year.

Together with the tyre maker, Tune it! Safe!, is organised by Germany’s Federal Department of Transport and Digital Infrastructure and the VDAT (German Association of Automotive Tuners). For 2015, the campaign will use a tuned SUV – a BMW 2.0i xDrive by AC Schnitzer – as its policed-liveried automotive ambassador. The X4 is fitted with size 265/30 R22 Ventus S1 evo tyres.