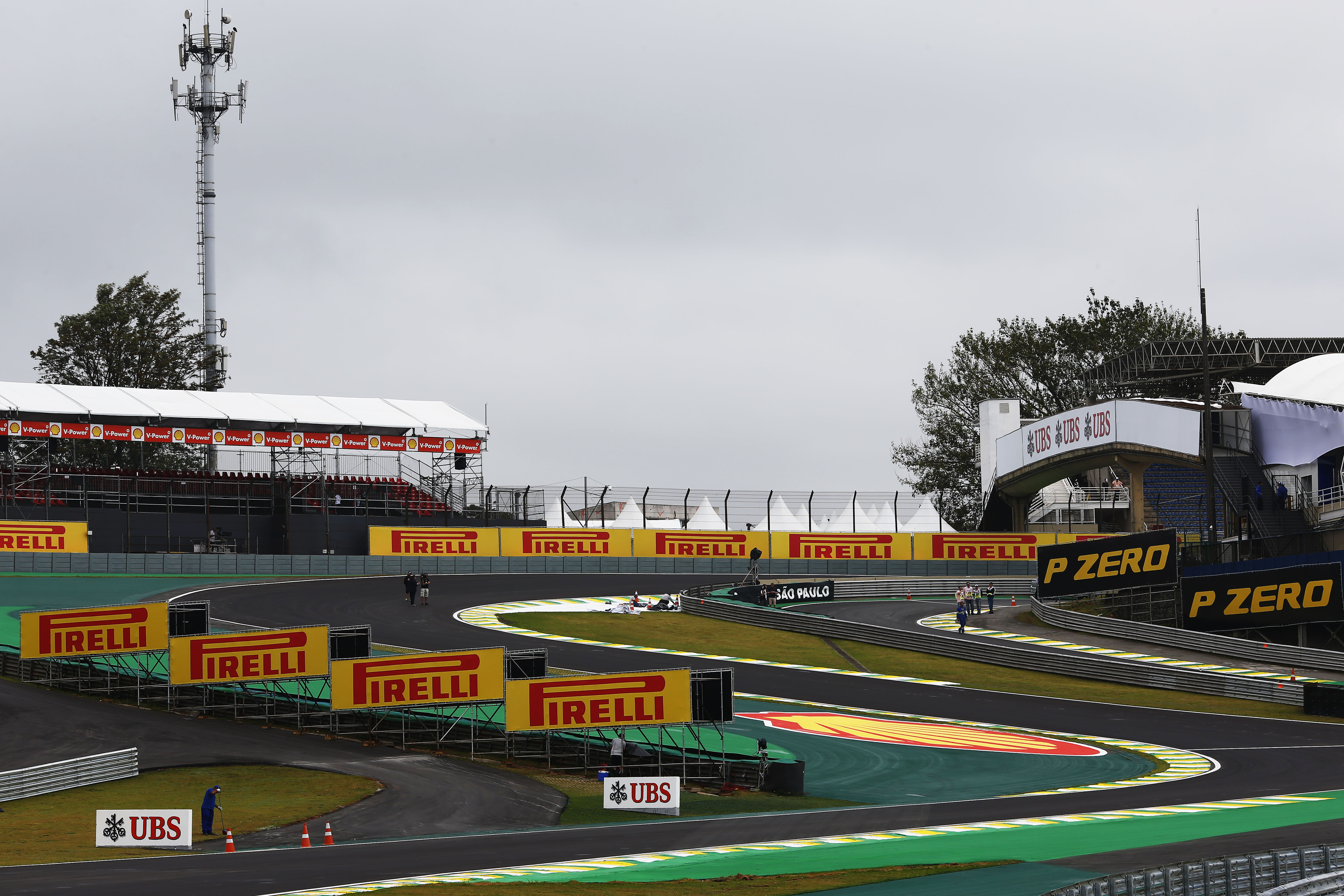 Interlagos is famed for its high number of twists, turns and elevation changes

Interlagos, in the heart of Sao Paulo, is the second-shortest lap of the year after Monaco. Formula One tyre supplier Pirelli will provide medium and soft compound P Zero tyres to combat the challenges of its series of twists, turns and elevation changes. Long-range weather forecasts predict wet weather for at least part of the weekend, meaning the Cinturato intermediate and wet tyres could come into play. Whatever tyre F1’s drivers are on, it will be doing a lot of work; the number of corners and comparative lack of long straights give the tyres little chance to cool, while the track is bumpy, with high-speed turns and small run-off areas. Many titles in the past have been won and lost at Interlagos. Not this year though, as the controversial double points on offer for the 2014 finale in Abu Dhabi will leave either Nico Rosberg or Lewis Hamilton with the chance to catch the other.

Paul Hembery, Pirelli motorsport director, states: “Brazil is one of the biggest markets in the world for Pirelli, so it’s a pleasure to be there among our friends and supporters. The lap takes a lot out of the tyres due to the almost non-stop succession of corners, a number of which are high-speed. So getting the most out of the tyres and the strategy is clearly going to be of vital importance in the race. We’ve seen a number of wet races in the past at Interlagos, which seems to be a strong possibility this year as well. All of this adds to the reputation of the Brazilian Grand Prix for hosting dramatic races where nobody knows what to expect, so it’s likely that we can look forward to another exciting weekend in front of a crowd that is truly passionate about Formula One.”

Jean Alesi, Pirelli consultant, added: “I raced at Interlagos 12 times: I love it although it is extremely physically demanding for the driver, as the car is constantly cornering and you are subjected to a lot of forces. In particular, it placed heavy demands on your neck muscles and this situation was even more tricky in the past when Brazil came at the beginning of the season, so you were not used to it. I remember the track being bumpy: on Friday the surface tended to be quite slippery before delivering more and more grip as the weekend went on, also because of the character of the asphalt, which was quite abrasive. Now we will see if it is the same.”

Interlagos is one of the few circuits of the year that runs anti-clockwise (together with the Circuit of the Americas and Yas Marina – meaning that the season end consists entirely of anti-clockwise layouts).

Tyres are often subjected to combined forces at Interlagos: lateral and longitudinal demands at the same time. This raises the temperature of the compound. Downforce levels are generally high, with aerodynamic and mechanical grip requirements roughly in equal proportion.

The winning strategy last year was a two-stopper. Red Bull’s Sebastian Vettel started on the medium tyre, pitted for the medium again on lap 24, then switched to the hard compound on lap 47. Prior to the start of the race there had been no dry running, complicating the strategy calculations.