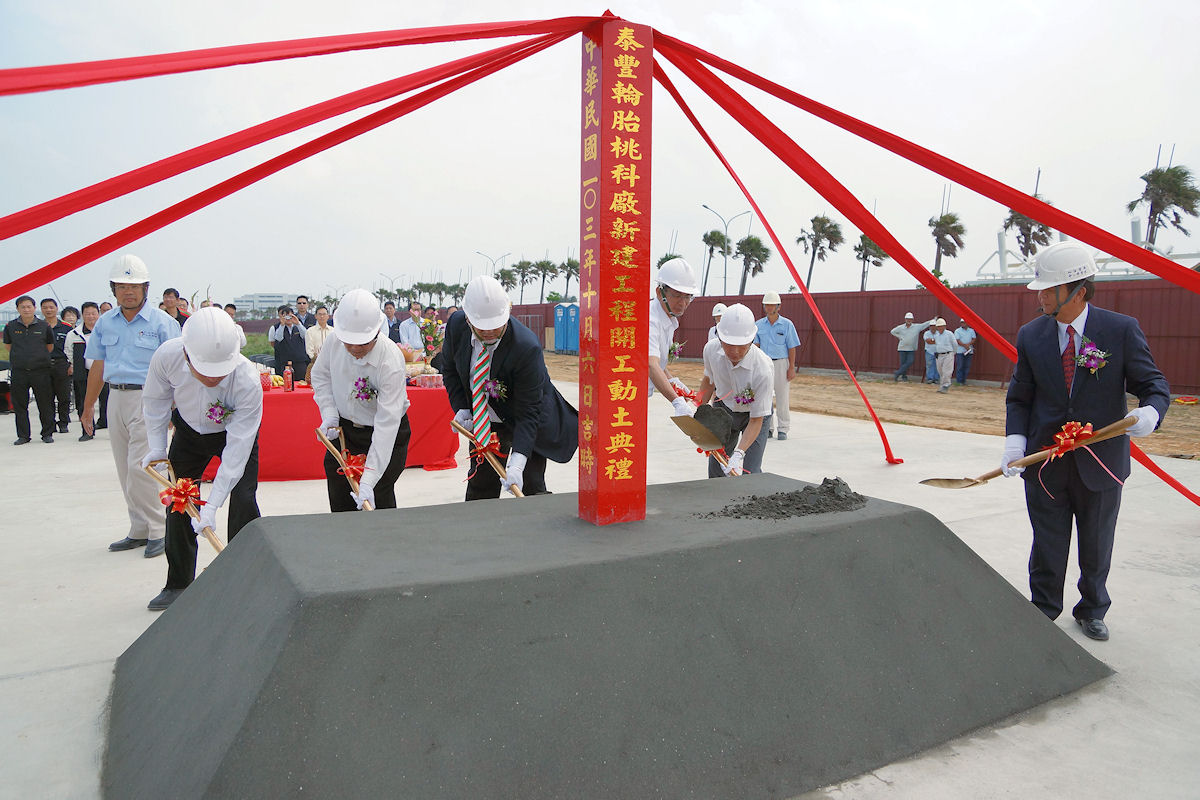 At a ceremony attended by local government officials, senior management and international customers, last month Federal Tyres formally broke ground on its third tyre plant in Taiwan. The new facility is being erected on a 14,000 square metre site in the Taoyuan Industrial Park, and the NT$8.1 billion (£166.7 million) investment will be completed in two phases between 2014 and 2020; once the plant is fully operational, it will create 836 jobs and produce an estimated maximum of six million tyres a year.

“Quality and innovation are always Federal’s unchanged commitment to clients and the numerous achievements throughout the past six decades now paved the way to this new investment,” stated Da-Wu Chen, Federal Tyres’ global sales and marketing director. “Building a new factory marks a new chapter on Federal’s global growth strategy and displays Federal’s ambition to march toward a centurial success. With the new plant, we can not only grow our business but also meet our clients’ needs.”

Federal Tyres points out that breaking ground on the new facility this year is of particular significance as 2014 is the company’s diamond anniversary. “We are proud of our heritage as the first tyre manufacturer to make passenger car radial tire in the Greater China area. Sixty years are filled with legends and stories,” stated Da-Wu Chen. “On the other hand, just as our 60th anniversary’s slogan ‘it’s just the beginning’ implies, sixty, like the end of a clock round, symbolises a new begin of an era. It’s a brand new start for Federal and we believe that with the solid corporate structure and our firm commitment to product quality, Federal will kick off another prosperous sixty years.”

Bridgestone US HQ to move to Nashville, TN – reports