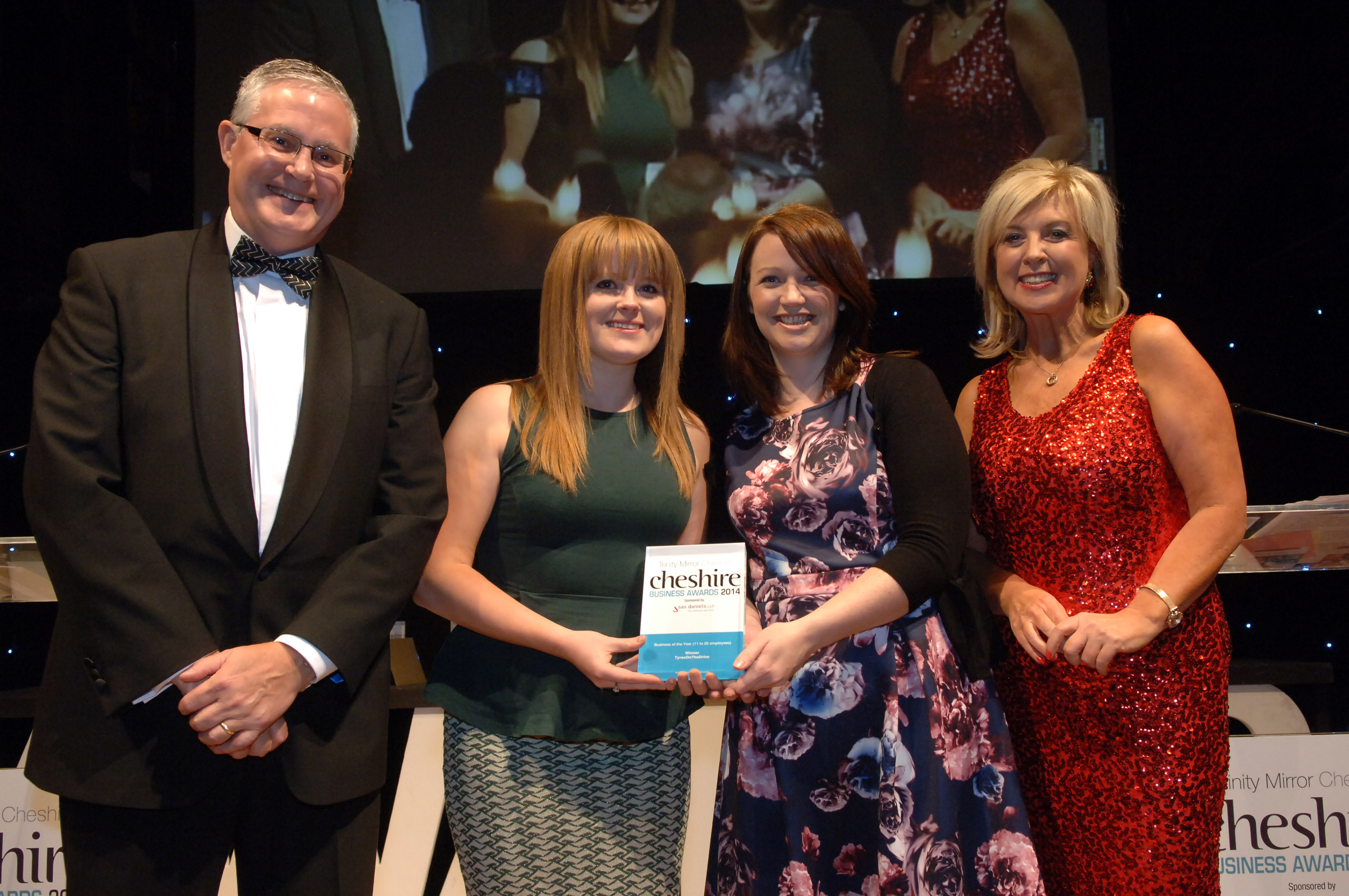 TyresOnTheDrive.com has been awarded Cheshire Business of the Year (11-50 employees) at the prestigious Trinity Mirror, Cheshire Business Awards. The awards, which recognise the achievements and success of businesses of all sizes across the Cheshire region, were held at Chester Cathedral and hosted by popular Granada TV presenter Lucy Meacock.

The Business of the Year award which celebrates corporate achievements, business strategy, financial performance and potential for the future, was presented to TyresOnTheDrive by Jonathan Whittaker of SAS Daniels LLP. Despite strong competition, TyresOnTheDrive were able to demonstrate a marked differentiation across other similar sized businesses competing for the title of business of the year.

Dominic Clark, CEO and owner of TyresOnTheDrive said: “We are delighted to have been recognised as one of Cheshire’s leading businesses. Our mission is to consistently improve and deliver a fantastic end service. This award comes at a time of rapid expansion and is a true testament and recognition to the dedication and hard work of the whole TyresOnTheDrive team.”

Set up three years ago by Dominic Clark, a former senior manager with Michelin, TyresOnTheDrive now employs 50 staff and operates a fleet of 22 vans. Operating throughout the North West, Midlands and West Yorkshire, the company has ambitious plans to expand across the UK in the coming year.

The Cheshire Business Awards, sponsored by SAS Daniels and The Trinity Mirror, was founded in 2003. Open to any company, big or small, they are an opportunity to pay tribute to those firms and individuals who have not only weathered the storm of the past few years but also succeeded in creating new businesses or expanding existing ones with their endless determination, entrepreneurial spirit, enterprise, innovation and creativity.

Andy Phelon, Business Development Director at Trinity Mirror Cheshire & North Wales commented: “Trinity Mirror Cheshire was exceptionally proud to host to our annual Business Awards once again and be able to salute both the companies and the people who have helped increase prosperity and confidence in the Cheshire region. The award nominations for 2014 were of the highest quality with some very deserving winners announced on the night. Every finalist and winner should be very proud of their achievements and to be able to receive their recognition at Chester Cathedral made the evening even more special.”