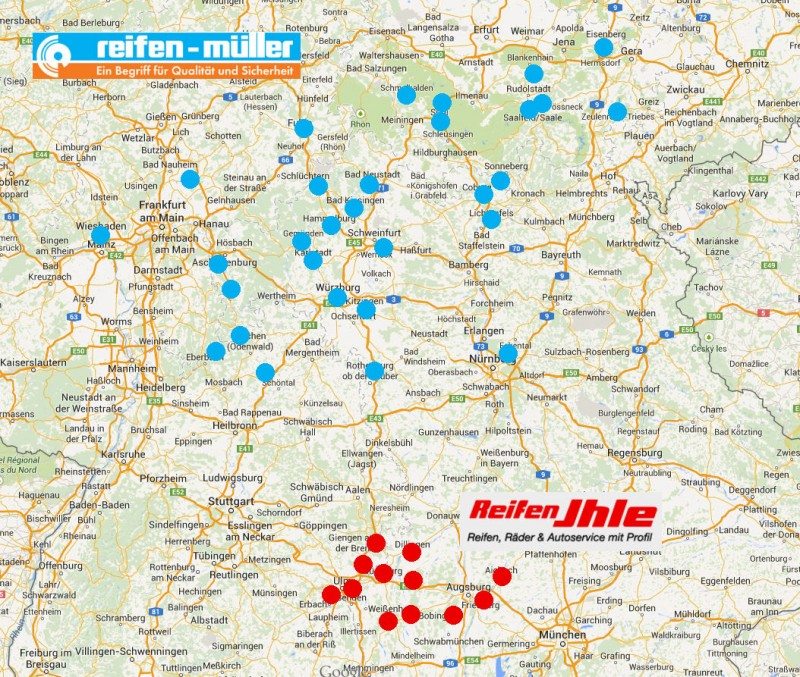 A week ago, Tyres & Accessories reported that German tyre firm the Reifen Ihle Group faced being broken up for sale some eight months after filing for insolvency. It has now been officially confirmed that the 12 Reifen Ihle outlets, which operate as part of the German Point S network, have been sold to Reifen Müller KG, a tyre business that operates 30 outlets in central Germany. Klaus Müller told our sister publication Neue Reifenzeitung that the 12 Reifen Ihle outlets “pass perfectly” to Reifen Müller. But while the outlets’ future is now secure, their days as part of the Point S network are numbered.

Klaus Müller says little will change for staff and customers upon the outlets’ legal transfer to Reifen Müller on 1 January 2015. He told Neue Reifenzeitung that the dozen centres will be integrated into the existing Reifen Müller network and will serve to extend the regional network further southwards in Germany. Expanding the network is something that has interested him for some time now, he added, and Reifen Ihle’s insolvency presented a first class opportunity to boost the number of outlets in the Reifen Müller network by some 40 per cent. Although though three-quarters of the Reifen Ihle centres can be described as small – average unit tyre sales being around 2,000 to 3,000 a year – these centres are the leading operations in their local areas and Klaus Müller is confident that significant growth potential exists.

The particular strength the Reifen Ihle outlets have in regards to commercial vehicle and agricultural tyres is considered a good fit with Reifen Müller and will remain. One thing that will change, however, is the outlets’ status as Point S centres. Reifen Ihle was one of the largest Point S members in Germany, but Reifen Müller’s existing outlets do not belong to any independent dealer network and are exclusively supported by the company’s own wholesale business and retreading operation. Klaus Müller was unable to share when or under what conditions the 12 centres will leave the Point S network, but he confirmed that an exit will occur. This of course means the Point S private brands Summerstar and Winterstar will cease to play any significant role in the tyre portfolio on offer. And on a similar note, Ihle’s ‘Rigdon’ retreaded tyre brand will no longer be sold by the 12 outlets, as Reifen Müller manufactures its own retread brand.

Reifen Müller wasn’t interested in acquiring Reifen Ihle’s retreading operation as it already runs one of the largest pre-cure and mould cure retreading businesses in Germany. Insolvency administrator Dr. Martin Hörmann recently stated that a potential buyer for the retreading operation has been found. This prospective purchaser was described as a finance company that “specialises in middle-sized businesses and is funded by money from private investors.”

Klaus Müller declined to disclose the purchase price for the 12 Reifen Ihle centres.