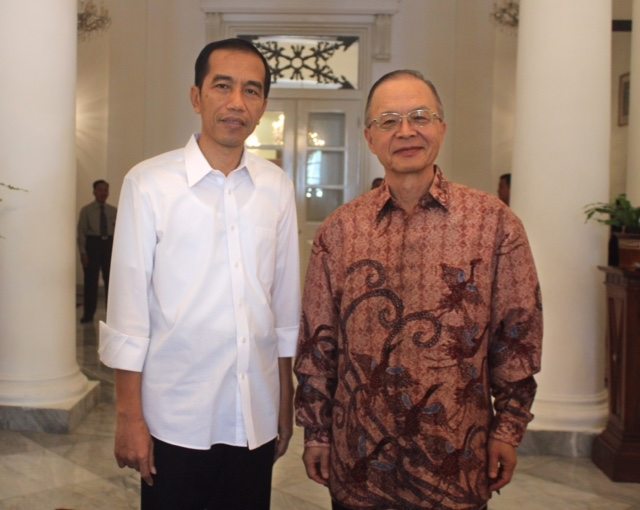 Indonesia’s newly elected president promised support for Maxxis’ planned tyre factory in the country in a meeting with company officials in Jakarta at the end of September. Accompanied by members of the company’s Indonesia management team and a representative of Taipei’s Economic and Trade Office in Jakarta, Maxxis president Dr Wally Chen met with president-elect Joko Widodo 29 September.

Known throughout Indonesia as Jokowi, Maxxis reports that Mr Widodo told the group that he plans to enhance the environment for investment in Indonesia, and will ensure that the country’s infrastructure supports foreign business ventures. He also promised to assist Dr Chen and his team in overcoming any obstacles to the building of Maxxis’ new factory. Dr Chen had earlier begun the one-hour meeting by congratulating Widodo on his victory in the election and briefing the president-elect on the Maxxis project.

Concluding in 2019, the four-phase project will constitute an investment by Maxxis of US$400 million. Slated to begin construction in early 2015, the factory will begin initial production the following year and is expected to eventually employ 3,000 people. The new factory will produce tyres for passenger cars and light trucks, and will also manufacture tyres and tubes for motorcycles. Widodo, who is scheduled to take office in October, said that he would be happy to attend the factory’s grand opening in 2016.