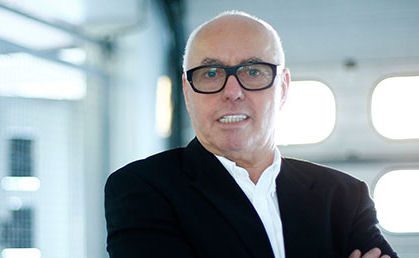 This year’s DTM season came to an end over the weekend, and the series organiser concedes that fans “weren’t 100 per cent satisfied” with the touring car championship in 2014. The first half of the season was a particular concern and Hans Werner Aufrecht, chairman of DTM rights holder and promoter, ITR e.V, says a number of measures will be introduced to add more pep to DTM races. One step that has already been decided upon is dropping the option tyre in 2015.

“We will no longer have option tyres, there is consensus on that,” confirmed Aufrecht prior to yesterday’s race at the Hockenheimring in Germany. “Our tyre partner Hankook has produced a nearly perfect tyre that the drivers really liked. However, it didn’t bring the additional excitement to the races that we wanted. This season, there were basically two halves of the races that admittedly were clearer than last year, but not perfect yet. I want television spectators who tune in a few minutes late to be able to become involved in the race action right away and know who will be challenging for victory at the front of the field.”

Hankook’s Ventus Race Plus option tyre was introduced at the start of the 2013 season, and this year it was paired with a regulation allowing teams to field cars fitted with the option tyre for up to half the total race distance. The Ventus Race Plus has a softer compound than the Ventus Plus prime tyre and aimed to deliver significantly faster lap times. Upon its introduction, Hankook Tire’s motorsport director Europe, Manfred Sandbichler, commented: “We are expecting an improvement of around one second. According to the characteristics of the track, that can even be a little bit more.” He noted, however, that this extra speed could only be achieved for a limited duration of 30 to 60 kilometres, depending on the lay-out and conditions of the track, the personal driving style of the driver involved or the asphalt temperature. “After that, a significant and intentional drop-off has to set in and the tyre will wear considerably more, so that, in the ideal situation, it clearly ends up behind the basic version.”

The decision to drop the option tyre is only the first of a number of steps that will be undertaken before next year’s season commences. Aufrecht said ITR e.V will work over the coming weeks to address the issues voiced by DTM fans. “Our activities must once again focus more upon our fans’ wishes,” he explained. “The many letters, e-mails and messages on the social networks that reached us during the season show one thing in particular: the races have to be decided behind the steering wheel and not behind the computer, and even less behind the green table. Since the halfway point of the season we’ve held regular meetings with various commissions in order to decide on concrete steps to take. The manufacturers competing in the DTM are involved, and so are the DMSB, our television partner (in Germany) ARD and the DTM drivers. At the moment, we are collecting many ideas that we will convert into proposals and decisions in the next weeks. In that process, I have to ask for some patience, because all the changes to the sporting format and to the regulations have to be considered carefully.”

Aufrecht added that, aside from the decision to scrap the option tyre, no decisions upon changes have been agreed upon at this point. “We haven’t even discussed all the proposals yet. The message sent out by the friends of the DTM has reached us, and now, we quietly want to turn it into reality.”

Aeolus Tyre is a ‘strategic’ enterprise for China