Mitas supersizes its agricultural range with a hefty 555kg tyre 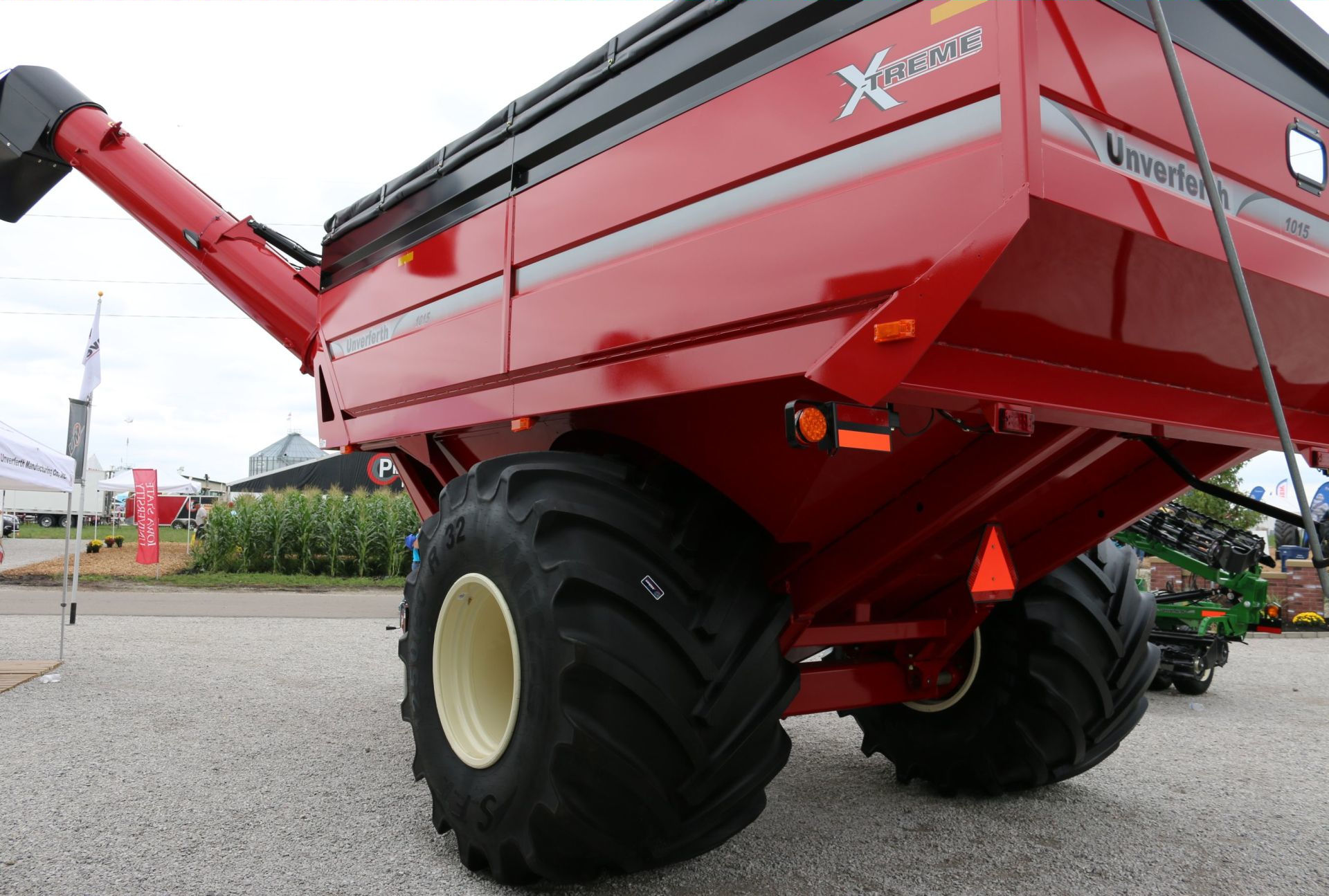 Although tyres made for the mining sector are by far the world’s largest, the latest release from Mitas is certainly no runt by agricultural standards: This month the company is releasing a new 1250/50R32 SFT tyre intended for use on grain carts and combine harvesters. The 1250/50R32 SFT 188A8/185B is produced at Mitas’ North American plant in Charles City, Iowa and weighs 555 kilogrammes, making it the heaviest tyre in the manufacturer’s product portfolio. It has a diameter of 2.02 metres and a volume of 2.3 m³, and it contains 76.5 m² of cord. The tyre is capable of carrying loads of up to 16 tonnes (10 km/h cyclic).

“Mitas produces the most demanding and complex off-road tyres. Our ability to manufacture one of the world’s largest agricultural tyres proves it,” said Andrew Mabin, Mitas’ marketing and sales director. “Mitas is the European leader in combine tyres sales having significant market share in tractor tyres. With Mitas 1250/50R32 SFT we send the clear message that we will maintain this prominent position.”

“Within two years of its opening, the Mitas plant in Charles City has established itself in the North American market through the production of premium quality tyres. Our largest Super Flexion Tyre is the best example,” added Pavel Charvát, president of Mitas Tires North America.