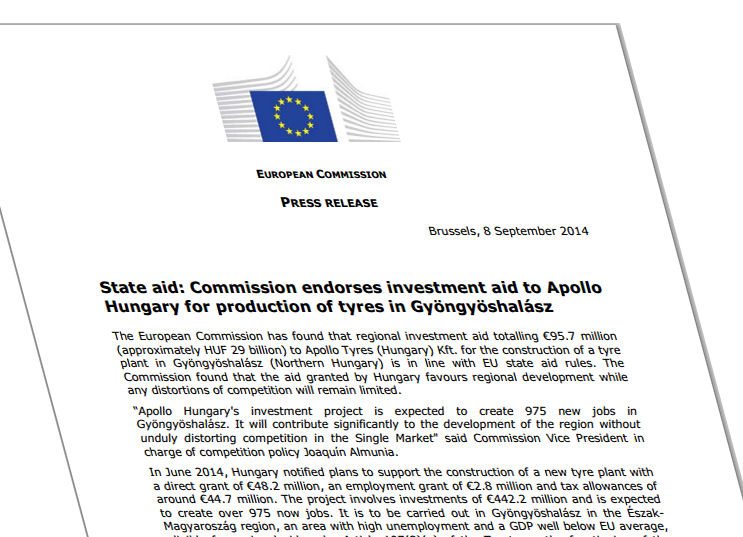 In a statement released today, the European Commission endorsed investment aid for an Apollo factory in Hungary

Apollo Tyres hasn’t officially announced where its planned European factory will be built, but it looks as if the honour has gone to Hungary. Today the European Commission confirmed that a proposal to give Apollo Tyres (Hungary) Kft. €95.7 million (approximately HUF 29 billion) in regional investment aid for the construction of a tyre plant in Gyöngyöshalász is in line with European Union state aid rules. The Commission found that the aid granted by Hungary favours regional development, while any distortions of competition will remain limited.