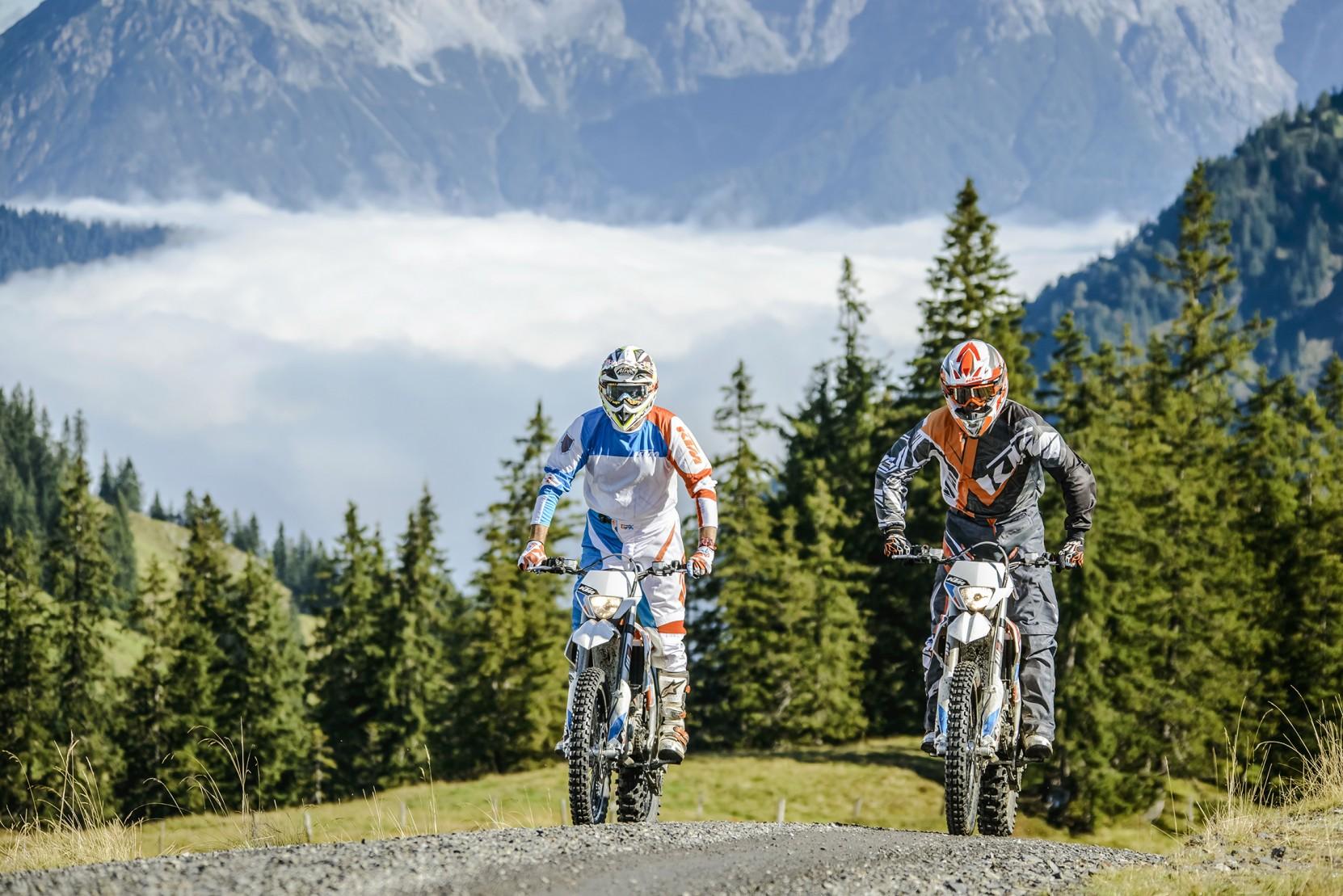 The 2015 Freeride E has been officially launched in Saalbach/Hinterglemm, Austria. The ultra-innovative, electrically powered offroad machine, will be available in two versions and reach the dealers in a matter of weeks. The machines will cost around £10,000.

The KTM Freeride E is the world’s first fully-fledged electric offroad motorcycle, and is built in two versions, the E-SX and the E-XC. The bike itself is aimed at a wide range of riders including those wishing to ride in urban areas, complete beginners to motorcycling and is also capable of satisfying the more seasoned offroader. The E-SX is intended for closed circuit riding, while the E-XC is fitted with everything required for riding on public roads.  Since the original idea for the bike was formed in 2007, the Freeride E project has seen a whole team of 20 experts evolve in KTM’s state-of-the-art Research and Development department in Mattighofen who are completely dedicated to this project.

While KTM doesn’t believe that electrically powered motorcycles will replace conventional combustion engines in the near future, the company has a clear vision in the creation of a segment in its own right. KTM believes that in the long-term the Freeride E can offer opportunities for new riders and also demonstrates KTM’s commitment to being at the forefront of motorcycle technology, along with its concern for the environment with the E-bike’s zero emissions and low noise level.

The Freeride E is a fun bike, and with both brakes mounted on the handlebar, along with the absence of gears, the switch over from a bicycle should be much easier for new riders.