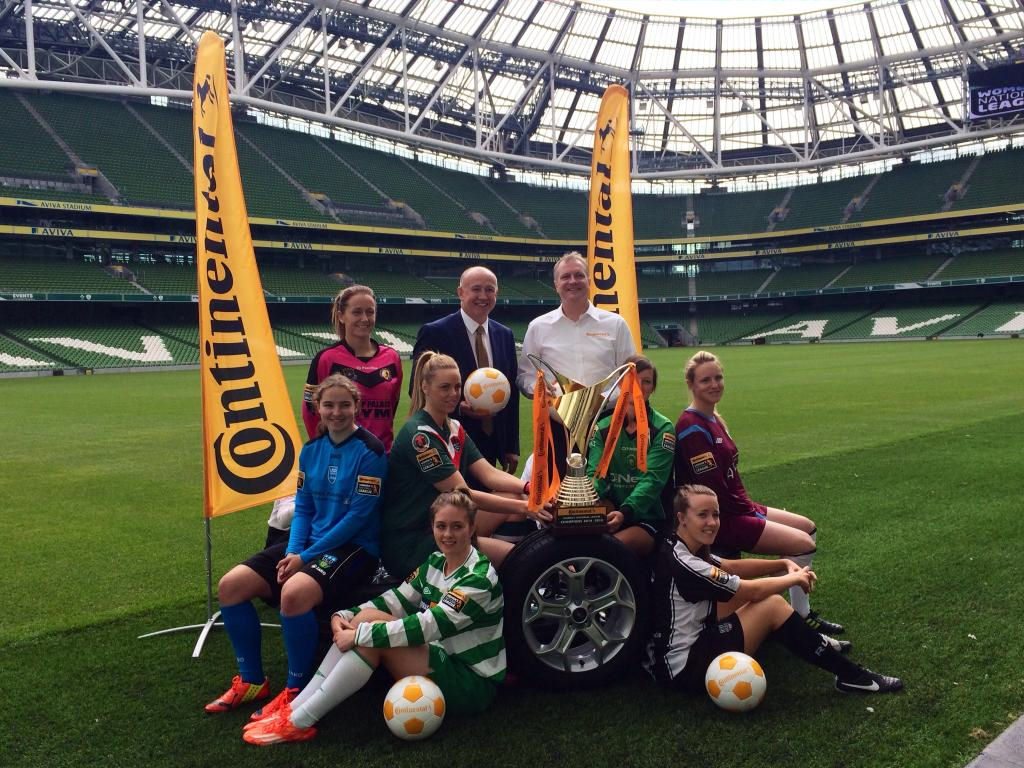 FAI chief executive John Delaney has welcomed the move: “We are very happy to bring Continental Tyres on board, they have a strong track record of association with the women’s game internationally and they will make excellent title sponsors of our National League and Cup competitions to help us bring the women’s game forward.”

At the FAI announcement in the Aviva Stadium, Continental’s Guy Frobisher said: “Continental has a long history of supporting football at every level from senior international through to club level and right down to grass roots and community football programmes, so we are delighted to extend that support to Ireland by becoming the official partner of women’s football here.”