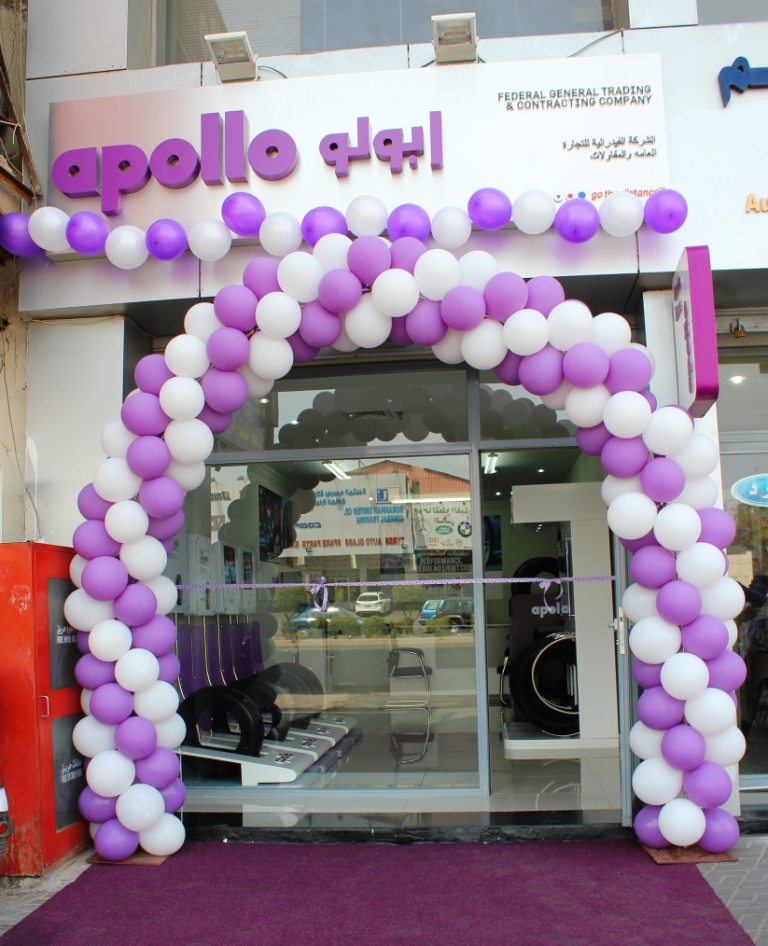 Apollo Tyres is reporting further inroads into the Kuwait market with the opening up of it first branded retail outlet in the country. The Apollo Zone is designed to provide customers with an enhanced retail experience and a better feel for the brand and products on display, including passenger car, 4×4 and light truck tyres. The new Apollo Zone is located in the up-market Canada Dry Street of Kuwait, and is operated by Federal General Trading & Contracting Co.

Commenting on the inauguration, Satish Sharma, president, APMENA Region, Apollo Tyres Ltd said: “We see a lot of potential in the entire Middle East region, including Kuwait, where the growth is being witnessed in the high end and mid-segment cars. We would like to create a space for ourselves in the Kuwait market, which has a size of 75,000 to 85,000 passenger vehicle tyres a month. Branded retail outlets, such as the one which we have opened today here in Kuwait, will help us increase visibility for the Apollo brand, and will also result in a better and informed buying experience for the consumers.”

The Apollo Zones, follow a modern up-market retail format for selling tyres — ensuring ample visual appeal, comfort and convenience to customers, and providing an opportunity to learn about the product’s applications and performance before making the final purchase. They, thus, bridge the gap between tyres being a low involvement category product and the need for expert guidance, to enable customers to buy the right tyres, suited to their vehicle and driving style.

After Dubai, this is the second branded retail outlet by Apollo Tyres in the Middle East region.