You are here: Home1 / News2 / Career Tracks3 / What next for Unipart Automotive workers?

What next for Unipart Automotive workers? 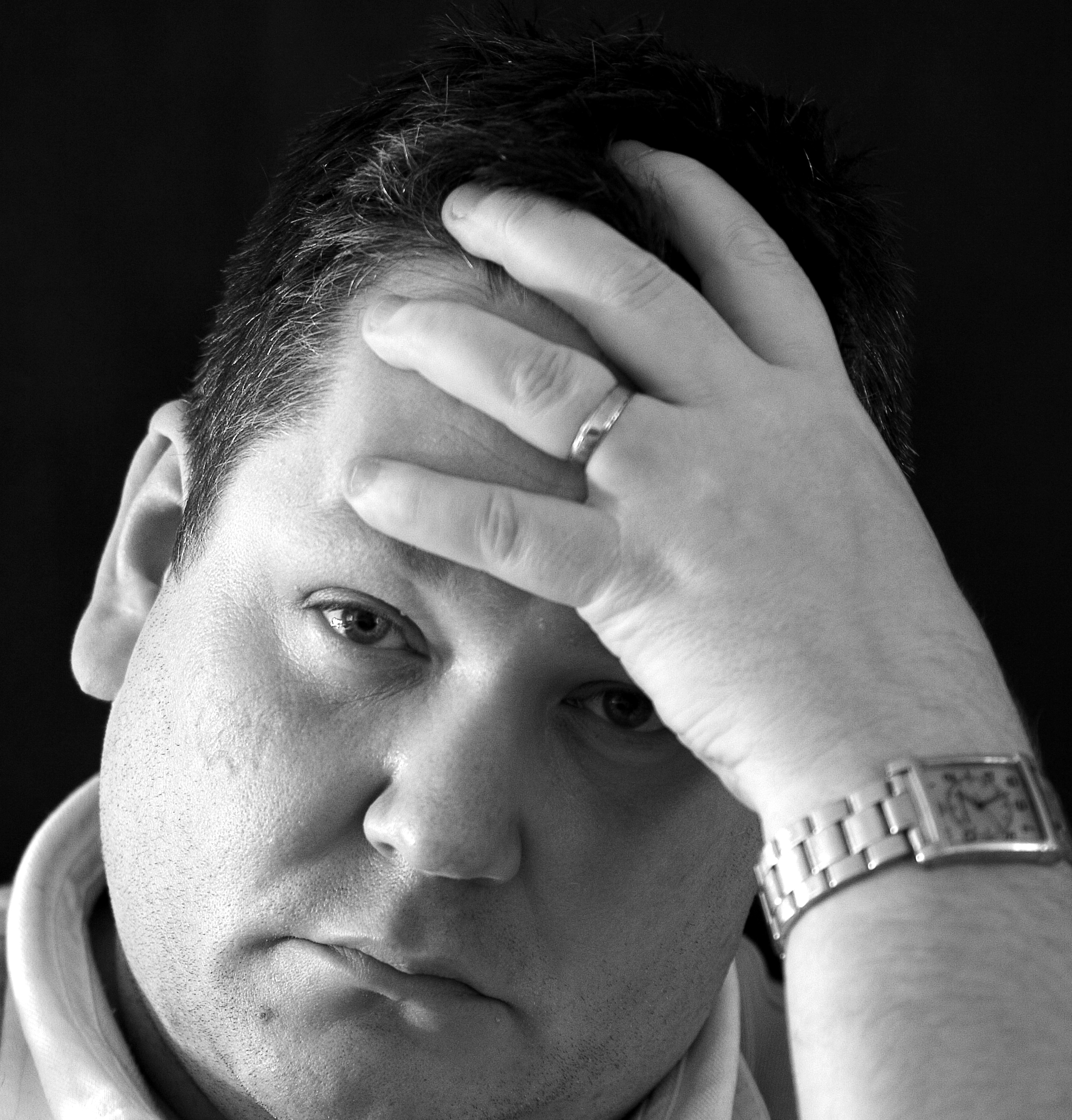 Anyone made redundant in the Unipart Automotive collapse will now be considering their options – not least to contact independent bodies such as BEN for help in the first instance, but their reputation for loyalty and hard work precedes them and in any case the received wisdom is: “proceed with caution”

With 1200+ staff made redundant what are the options?

When the news broke that Unipart Automotive had entered administration, it will have been something of a blow for the 1800-odd “loyal” employees of the company. Indeed the only good thing for employees was the end of the speculation roller coaster than began with managers suggesting a rescue could come in 36 hours, followed by reports that Euro Car Parts was a front runner, and finally the announcement two weeks later that nothing could be done for the company. But what about staff?

The administrator KPMG was the first to comment on this in its administration announcement. Because their first action was to sell off 33 branches to Andrew Page (21) The Parts Alliance (12), this meant 361 jobs were saved. A further 208 were retained to assist the administrators. But with Unipart Automotive operating a network of 180 branches and distribution hubs trading under the Unipart Automotive, Partco Autoparts, and Express Factors brands, employing 1,813 people before administration this meant a total of 1,244 of them have been made redundant.

KPMG said it will support 1,244 Unipart Automotive staff through the redundancy process, adding that its team of employment specialists will also put staff in touch with job seeker services. (Further information on Unipart Automotive for all interested parties will also be posted online at KPMG’s Insolvency Portal).

“Our team of employment specialists will be supporting all staff on completing redundancy forms and putting them in touch with job seeker services. We will now be reviewing what options are available for the remainder of the business, such as selling leasehold interests,” a KPMG spokesperson said in the company’s statement.

For its part BEN (the automotive industry benevolence charity) offered to support to those affected. The charity reports that it has contacted KPMG and hopes that through them and its own communications, it can ensure that those who have been displaced know BEN is on hand during this potentially difficult period.

According to the charity, it is too soon to be able to assess the long term impact of these circumstances but the charity recognises that a vast number of these individuals will now face an uncertain future – causing much worry and stress. BEN is keen to ensure that former Unipart Automotive employees understand the confidential and independent help available to them through its professional support services. These include: Listening/advice services, signposting and short term financial assistance.

Commenting on the situation, Nigel Rothband, BEN’s Chief Operating Officer stated: “We are extremely saddened to have lost Unipart Automotive. However, our communities’ priority is to safeguard those who find themselves without employment. I am pleased the messages we’re communicating are getting through; we have already received a number calls from those affected and are providing support…However, in the immediate future I would urge anyone affected to get in touch if they need support.”

Euro Car Parts to the go ‘the extra mile’?

Just a after administration was confirmed, on 25 July competitor and former front-runner in potential rescue talks, Euro Car Parts (ECP), announced that it plans to create 1500 jobs over the next 18 months. The fact that this figure is roughly equivalent to the entire size of the former Unipart Automotive workforce should not be overlooked. Neither should the fact that the company was clearly one of those in line to “rescue” the business – something that should be considered alongside reports that ECP had been phoning up branch managers repeatedly a week before any deal had been done. And neither should the obvious question – how?

Here’s what Martin Gray, CEO, Euro Car Parts said on 25 July: “The news that Unipart Automotive has gone into administration is very sad news indeed, to see so many employees now facing an uncertain future is very distressing. Our thoughts are primarily with them at this stressful and difficult time. We will go the extra mile to advise and do our best to assist them in securing employment with ourselves, should they wish to explore this as a potential option.

“During the next 12 – 18 months we will be creating 1,500 new positions, so I am confident that the vast majority of affected Unipart ex-employees could be supported by us, should they so desire. With regard to Unipart’s customers that have been affected.”

Commenting on what the company might saw to suppliers and customers of the erstwhile Unipart Automotive operation, he added: “Euro Car Parts is the only true UK National aftermarket distributor that’s controls 100 per cent of its own operations/logistics/warehousing and national infrastructure. Therefore, I believe we are well placed to help potential customers that may need us and will do our very best to assist as/if required.”

“I am absolutely gutted. I am sure we have many members and people who have worked there for a long time, who will be devastated by the news and who have very little information.”

The sad truth is that the situation for Unipart Automotive was so dire that the chances are that there would have been branch closures and therefore job losses in any of the most likely scenarios. And therefore this means that experienced people were always likely to enter the jobs market again.

The silver lining in the cloud for the two-thirds of staff that neither found employment with Andrew Page/The Parts Alliance nor were kept on by KPMG is that Unipart Automotive staff are regarded as “loyal” and hard-working employees. One automotive recruiter went on to offer an insightful blog on this precise subject. Beginning with an overview of the HR context of this part of the market, Cathy Richardson of CR Associates explained how the UK automotive parts aftermarket distribution sector is as complex a market where people are concerned as it is logistically. She also pointed out that it is a fairly small fish bowl, so to speak. And this means there is a significant of movement between employers in the sector. The downside is that if something goes wrong this can also affect a lot of people.

Cathy Richardson continued, saying Unipart Automotive (and by implication its staff) was “a long-standing, highly respected and somewhat iconic brand in the parts aftermarket.” Adding that they “have always invested well in their people. Many employees have long service records, and there is a very loyal employee base that has given the company stability over the years. It has been a safe, secure and supportive working environment for a lot of people. I believe that this investment is now being repaid with well-earned loyalty.”

Her point in the article that came shortly after the initial news at Unipart Automotive was that despite all the uncertainty, Unipart’s loyal employee base “held fast” to the end. And this, she said, was unusual: “One would expect a flood of CVs and job seekers at the first bit of bad news. So far, this has not happened. I have not seen an increase of Unipart employees applying to all the branch based roles I am advertising. I have had a few phone calls from worried people and past contacts who want to assess their chances of getting new jobs.”

Contrary to the negative tweets visible online and contrary to reports that ECP is taking steps to reach out and cherry pick staff it seems Unipart Automotive employees were “waiting for salvation” in the form of some kind of rescue deal.

Richardson continued: “This is a real testament to Unipart Automotive as an employer. The values they have instilled in their employees are now prompting staff to keep fighting the good fight, in the face of a very limited and debilitated trading environment.”

The reality is that no-one stay around forever and now that redundancies are being issued, even the most loyal staff need an exit. At the moment it looks like the choice is between ECP’s job creation strategy – about which we know nothing and about which we have no further details – and the other comparable businesses, perhaps even tyre operations.

Shortly after news of the administration broke, Kathry Richardson blogged: “There has been a massive influx of job applications into motor factor branches across the country, and available jobs are being snapped up.”

Here advice? “Proceed with caution and care. Make decisions based on your ethics and values, not out of desperation. Give yourself time to recover from the shock, the loss and the inevitable grief that accompanies any job loss. Don’t fall out of the frying pan just to end up in a new fire. Reconsider your options. Do you really need to leap directly into another job, or will your statutory redundancy payment allow you some breathing space to reassess your situation? Is the job you are accepting one in which you will thrive and settle, or is it a stop gap? Be aware of the future implications of short-term decisions.”

Unipart Automotive is no more