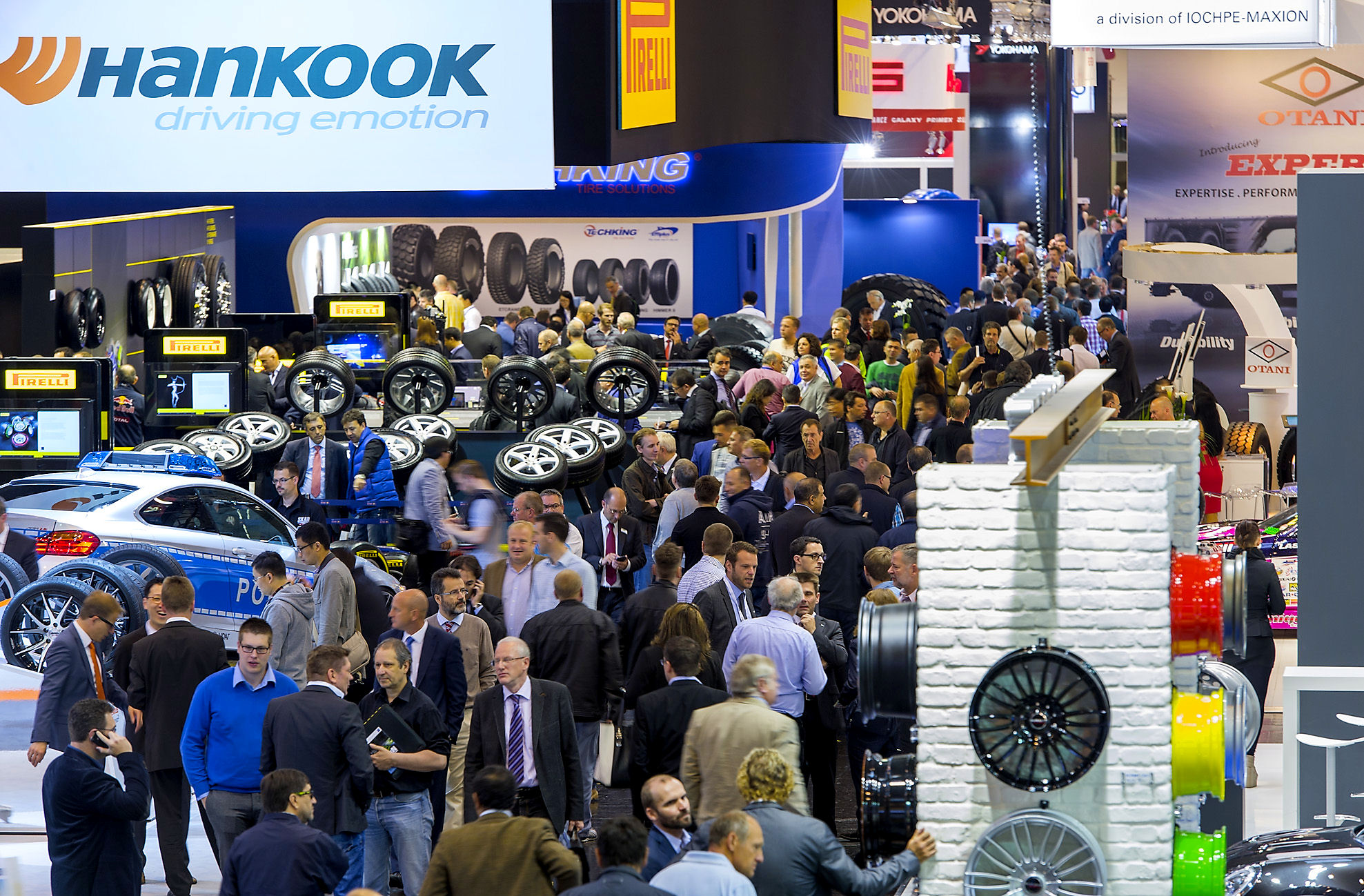 The figures for Reifen 2014 have been totted up; according to show organiser Messe Essen, between 27 and 30 May around 20,000 people visited the world’s largest tyre exhibition. This year’s attendance was therefore even higher – if only slightly – than the record numbers achieved in 2012. This time round, 36 per cent of all visitors were industry professionals based in the show’s home country, Germany, while the rest – some 12,800 visitors – travelled to Essen from 130 different countries.

Reifen 2014 also attracted 670 exhibitors, up from 653 two years ago; Messe Essen says around two thirds of the exhibitors were from outside Germany and represented companies from 44 nations. The best-represented countries of origin were Italy, France, Poland, Belgium and Great Britain. Around 90 per cent of exhibitors were manufacturing sector businesses, and Messe Essen says the proportion of decision-takers with purchasing and procurement powers amongst the visitors was just as high. The overwhelming majority of visitors came from the tyre trading and tyre service sectors.

Big news on the first day of the fair was the announcement by representatives of Messe Essen and Messe Frankfurt that the two parties have entered into a strategic partnership regarding the Reifen and Automechanika shows. With Reifen gaining a new rival in the form of ‘The Tire Cologne’ come 2018, the deal with Messe Frankfurt adds to the Essen show’s attractiveness. The cooperation aims to “exploit synergetic effects in sales and marketing across borders” – after 2016, Messe Essen and Messe Frankfurt will closely interlink their tyre and automotive aftermarket fairs with each other. Upon announcing the deal on 27 May, Messe Essen chairman and CEO Oliver P. Kuhrt commented that “the response of the exhibitors to the partnership with Automechanika is outstanding. We are creating a substantial surplus value for our customers and are safeguarding the long-term growth of Reifen in Essen.”