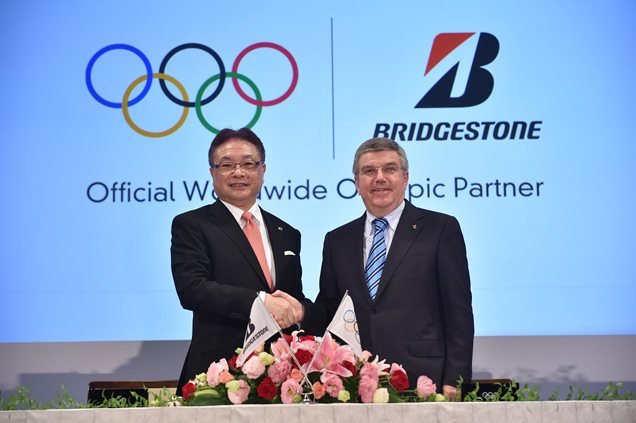 Bridgestone Corporation confirmed on 13 June its entry into an agreement with the International Olympic Committee (IOC) to become an official top-tier Olympic partner through to the 2024 Olympic Games. The ceremonial signing of the ‘TOP’ agreement in Tokyo was performed by Bridgestone CEO and Board chairman Masaaki Tsuya and IOC President Thomas Bach.