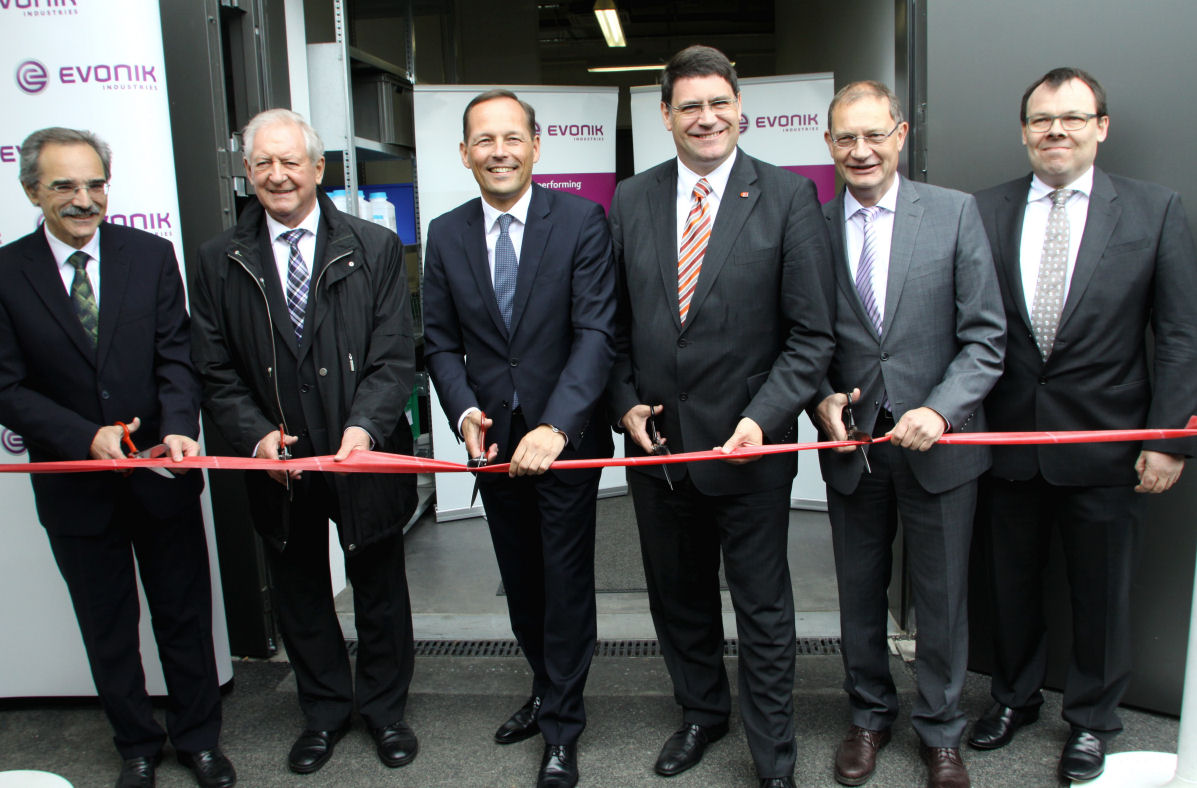 On May 15, Evonik Industries inaugurated a new building that will house its precipitated silica applied technology research for the tyre and rubber sectors. In doing so, the specialty chemicals company has combined the world’s largest precipitated silica production facility plus research and applied technology into a single site. The facility, located in Wesseling, near the German city of Cologne, was built with a “low tens of million euros” investment and was completed within 13 months. Although inaugurated today, 34 technicians have worked at the site since October 2013.

“The unified and strengthened Wesseling team will now be able to work on qualitatively first-class production and on ideas for the future with its colleagues worldwide in an even more targeted and efficient manner,” stated Dr. Johannes Ohmer, head of Evonik’s Inorganic Materials business unit. “We and our customers will use these to grow our businesses throughout the globe together.”

A combination of precipitated silica and sulphur-functional silanes enables tyre makers to reduce their products’ rolling resistance and improve wet-grip. Evonik supplies precipitated silica to the global tyre industry from Wesseling, where silica production and research were previously located. It thus made sense to relocate application engineering to the Wesseling site.

Innovative products for the rubber industry are developed and tested in the new 2,500 square metre building. Strict quality control that adheres to globally-agreed standards applied to several thousand mixtures tested each year. And Evonik says the building itself sets new standards for resource efficiency; it is heated using waste heat from the plant’s silica production.

In order to be closer to its worldwide customers and provide them with first-class products, Evonik has expanded it global capacity. In March 2014, the company opened an expanded precipitated silica facility in Thailand; in May 2013, it initiated planning for a new facility in Brazil; and it will begin operations later this year in an expanded facility in Chester, Pennsylvania, USA. By the end of 2014, Evonik’s global silica production capacity will increase by approximately 30 per cent over its 2010 capacity.