You are here: Home1 / News2 / Company News3 / What is Maxion Wheels focusing on?

What is Maxion Wheels focusing on? 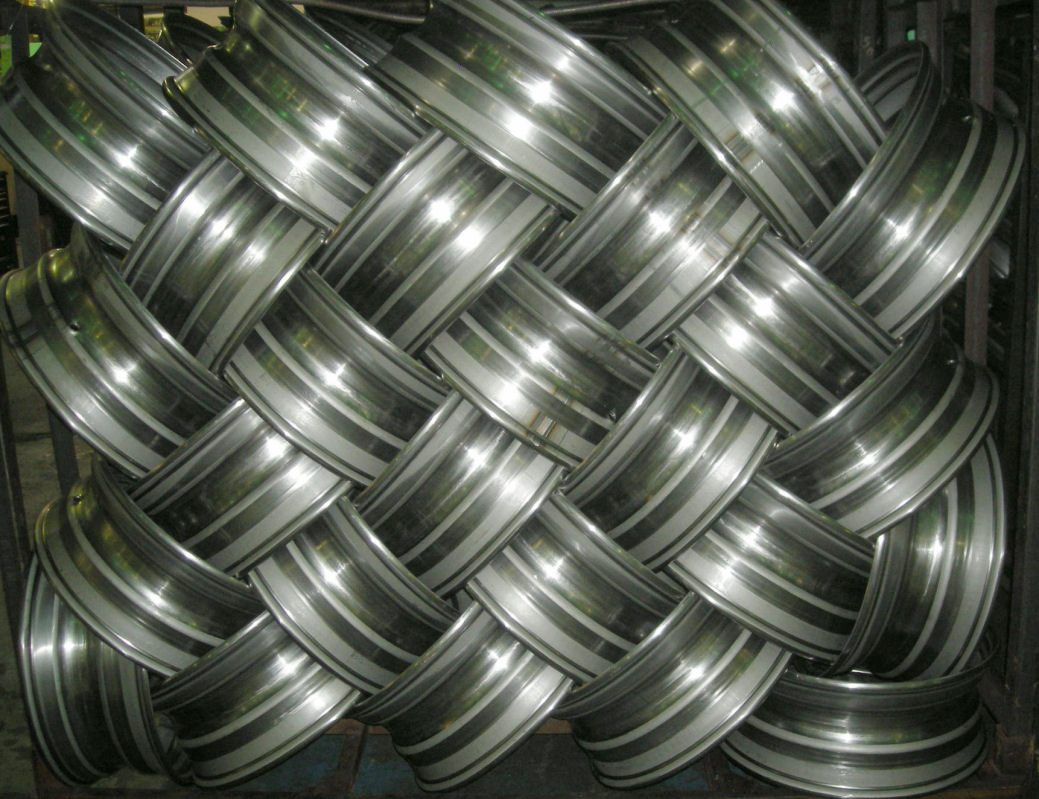 Wheels on Wheels: Maxion Wheels is by far the world's largest wheel manufacturer thanks to both steel and aluminium production

During the financial year before last, the Brazilian Iochpe-Maxion Group (the parent company of Maxion wheels) bought Hayes Lemmerz for approximately US$725 million. The acquisition came after the world’s largest wheel manufacturer put down two bankruptcies during the first part of the new millennium, and thus had large amounts of debt to contend with. Eventually the company’s investors finally ran out of patience leaving the obvious question – what has happened to the car aluminium wheel division since then?

The Iochpe family’s business operations have been rooted in steel manufacturing, since the company’s 1918. Back then there was no indication that diversifying production materials in favour of light metals was every really on the cards. But now that the company is established as a light metal wheelmaker, speaking to our German sister publication Neue Reifenzeitung, Maxion group president Dan Iochpe made it abundantly clear that the company would certainly stick with aluminium as a manufacturing material moving forward and doesn’t have any plans to switch the balance in favour of steel. Substitution in favour of aluminium is an ongoing process – and those at Maxion know this. (At the time of writing Dan Iochpe was group president, however since this article was completed, Iochpe has become chairman of the board).

The Iochpe family holds more than 26 per cent of the shares of the São Paulo stock exchange listed corporation Iochpe-Maxion SA. Just under seven per cent are held by BNDES Participações S/A (an investment company: Banco Nacional de Desenvolvimento Economico e Social – BNDES), with which the Iochpes teamed up as part of a shareholders’ agreement in 2007. Two-thirds of the shares of Iochpe-Maxion S.A. are free float, half of which are held by Brazilians. As a result the Iochpes fill almost all key positions in the Group, the family has the final say in the company (unlike the earlier Hayes Lemmerz where faceless investors had the last word). The adoption of Hayes Lemmerz by Iochpe-Maxion, has not only promoted the Brazilian group into a new dimension and made it a more international company (foreign sales now account for about 60 per cent), but is also a godsend for all the longstanding employees of Hayes Lemmerz.

In addition, the Iochpes have their own (steel) wheel business which manufactures products for cars, trucks, buses and agricultural vehicles. This together with the former Hayes Lemmerz-owned steel wheel (for cars, trucks and buses) and aluminium wheel (for cars) business constitutes Maxion Wheels. Maxion Wheels has a theoretical annual capacity of around 90 million units per year – by far the largest wheel manufacturer in the world. The share Maxion Structural Components contributes to Iochpe-Maxion is significantly smaller, making up less than 10 per cent of the group (the 50:50 Railway equipment joint venture “AmstedMaxion” has been left out here). Meanwhile the former Hayes Lemmerz headquarters in Northville, Michigan, USA have become the new Maxion Group HQ. In line with this, longtime Hayes Lemmerz Chief Operating Officer Fred Bentley was appointed Hayes Lemmerz CEO following the purchase. The group probably already underwent some degree of restructuring before the acquisition by the Brazilian was ever in sight.

Hayes Lemmerz had suffered for many years due to a high dependence on the North American market, something that can only be reduced as a result of a lot of hard work. Maxion Wheels on the other hand blends things out better. Certainly there is further optimization potential, but now it looks like it will take place at a much more reasonable geographical distribution, so the company can represent itself as the only real “global player” in the wheel industry, with some justification.

In Europe the company holds the largest share of output in terms of production capacity – a huge 40 per cent, followed by Brazil with 28 per cent and North America/Mexico (grouped together for historical reasons) with 24 per cent. Two car and truck steel wheel plants in India, one truck steel wheel facility in China and another in Thailand (cast aluminium car wheels) complete the Asia footprint.

Are these the growth regions for Maxion, in contrast to the saturated markets of Europe and North America? Are these the “hungry” parts of the world where the Maxion management wants to achieve the doubling of sales during the next five years? On the one hand Maxion Wheels says it will achieve its growth plans through organic means and by doubling, for example, its aluminium car wheels capacity in Brazil of 1.5 million annually to 3 million units. (For cars aluminium wheels still offer potential to respond to local providers Italdesign, Mangels and Alujet as well as compete with the potential activities of Ronal and Borbet in Brazil). On the other hand, no-one denies that acquisitions are also a way of contributing to the firm’s growth and one can even hear of such things in conversation. Names, however, are not mentioned.

Looking to the future, the question of where next doesn’t just refer to the sheer size of the company, but which technology to get involved with and how to remain at the technological forefront. In the past the large manufacturer has sometimes taken wrong turns such as trying to succeed with cast aluminium truck wheels. Should this topic ever move back into focus, it will be with reference to forging technology. Rather Maxion is looking intently to universities and the Fraunhofer Institute with a view to learning more about where the next generation of “Lightweight Wheels” are going to come from and in this context. Talk about steel and aluminium alternative materials aside, this change of focus move the discussion onto production techniques.

When it comes to output, Maxion’s focus is just about on the car-orientated part of the business (sales here occupy slightly more than 50 per cent). Commercial vehicles therefore represent slightly less. And the same is said to be true when it comes to the distribution of passenger car steel wheels, commercial vehicle steel and aluminium car wheels.

For steel wheels (for both passenger cars and trucks) Maxion Wheels is the world market leader. In the car side of things, the company’s cast-aluminium wheels are one of the second “top five” and this is likely to be due to the fact that it is one of a very elite club of just a couple of companies that have an annual capacity of more than 10 million units.

Maxion Wheels has more than 10,000 employees, 23 wheels factories in 12 countries on five continents. Globally, Maxion wheels are mounted as original equipment (OE) on one in six vehicles. No renowned vehicle manufacturer is missing from Maxion’s OE order books and some of the largest customers include the Volkswagen Group and Daimler (both thanks to their commercial vehicle activities). Aftermarket truck steel wheels reflect roughly the OE business of Maxion, passenger car steel wheels and the company is competently served by its international marketing arms (in Europe, this is for example the Alcar group). Maxion Wheels are virtually a 100 per cent OE aluminium wheel supplier. Sometimes the firm produces a very limited number of wheels for other companies who are not direct competitors, but are rather aluminium wheel companies operating in the aftermarket. However it is the same with the competitors Superior and Ronal, both have OE shares of more than 99 per cent.

Tyres On The Drive rolls out billboard campaign