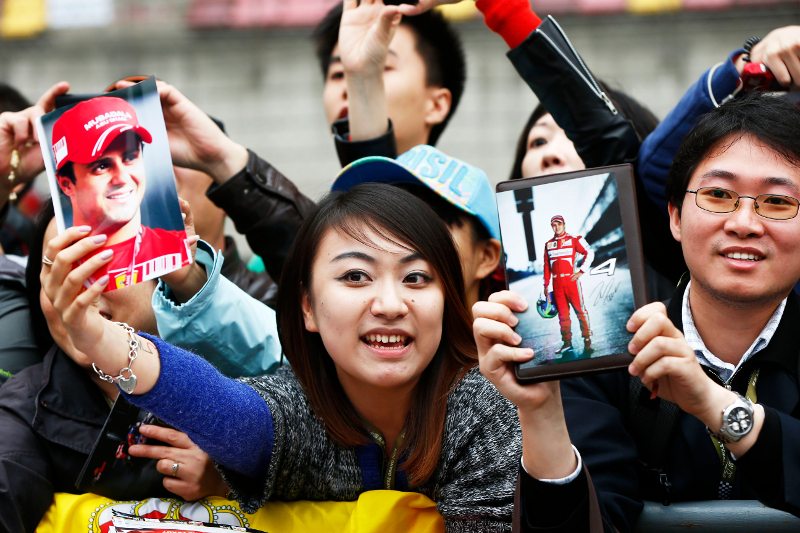 Two grands prix into the 2014 Formula One season, Pirelli motorsport director Paul Hembery believes that tyre strategy is already becoming “a bigger factor”. Much of the pre- and early-season analysis has focused on the new powertrains and regulations introduced into F1 this season, while Pirelli has been careful to provide harder, more conservative tyres to compensate for the concentration devoted to engineering the substantially altered F1 cars. However, the occasion of the Chinese Grand Prix at Shanghai, where the P Zero White medium and P Zero Yellow soft tyres will be used, provides an early opportunity for teams to apply what they have learned so far to using the Italian manufacturer’s tyres more strategically.

Hembery stated: “With this being the third race featuring the combination of medium and soft this year, coming shortly after the Bahrain test, the teams are beginning to accumulate more knowledge of how our tyres work with the complex 2014-specification cars. As a result, tyre strategy is starting to become a bigger factor in the races.

“China is a circuit that has showcased the effectiveness of a good tyre strategy in the past, so the teams will be hoping to put their data from the first part of the season to good use and explore some of the strategy options available with our latest-generation P Zero tyres. We’ve seen changeable weather at Shanghai before, so as always the ability to assimilate information quickly according to changing circumstances will be the key to getting the most out of them.”

Jean Alesi, Pirelli consultant, added: “China is not a circuit that I know well but it always seems to provide a lot of entertainment and this is the point of the year when strategy starts to get important, because the teams are beginning to explore the capabilities and potential of their cars after the first development period. For tyres this is very important, because we are seeing already that the teams are getting more and more out of them all the time, as the development accelerates. Bahrain was a fantastic race, so if we can see battles like that all the time we can look forward to a fantastic season.”

Shanghai circuit ‘most demanding on brakes’

Pirelli suggests the key to winning in Shanghai will be to implement the right engine map to take advantage of the number of fast corners. Drivers will be able to make the most of the extra torque provided by the 2014 engines at turns 3-4, 7-8, and 12-13, which require progressive acceleration. However, too much wheelspin on the exits of these corners will have a detrimental effect on the tyres, costing time later in the race.

The high levels of downforce used in China mean high speeds through the corners, with forces that can exceed 3.8g. The softer tyres are subjected to greater cornering forces as they generate more grip. Around 80 per cent of the lap is spent cornering. Shanghai also features a number of long straights, which will cool the tyres down, meaning they have to get back up temperature quickly for the corners that follow.

China is the most demanding circuit on brakes of the entire year, with the new brake by wire system also having an effect on the tyres. The tyres are subjected to braking forces in Shanghai that peak at 4.3g.

Last year, Fernando Alonso won the race for Ferrari with a three-stop strategy, starting from third on the grid with the soft tyre, then completing three stints on the medium tyre. Jenson Button finished fifth for McLaren with a two-stop strategy.