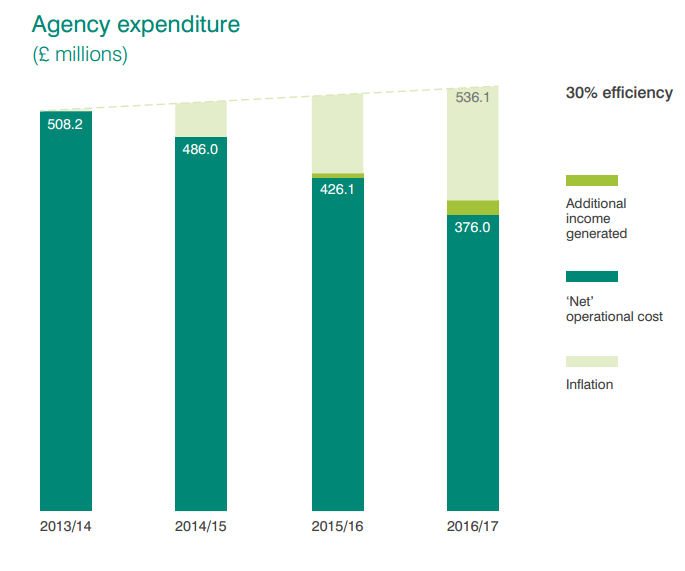 The direction the Driver & Vehicle Licensing Agency will take over the next three years has been set out in its new strategic plan, which was released yesterday. Amongst the highlights of The Strategic Plan for 2014/15 – 2016/17 are total efficiency savings of approximately 30 per cent (compared with 2013/14 levels) by 2016/17, and an expansion and acceleration of DVLA online services.

Following on from the Reilly Review and measures that have reduced costs by £63.8 million since 2010/11, such as the closure of local offices, the DVLA says it now has the “opportunity to set out a new direction,” one that “reflects our culture, potential, and the objectives of government and the Department for Transport more clearly.” Changes we can expect include the rollout of an online driver enquiry service – this will replace its paper counterpart by 2015 – and a focus on digitising the DVLA’s 65 high level customer-facing services over the next three years.

A growing emphasis on digital services will result in a smaller workforce. The DVLA says the number of full-time equivalent employees on the payroll will decline 7.5 per cent from 4,950 in March 2014 to 4,580 two years later. It says this reduction will be achieved “without large scale redundancy programmes”; the DVLA has a turnover rate of 4.2 per cent and new staff will not be hired as employees leave the agency. The DVLA also says it will “reskill” employees and move them into “growth areas of the business.” Some DVLA services will also be transferred “outside of government”.

The strategic plan can be read in full here.