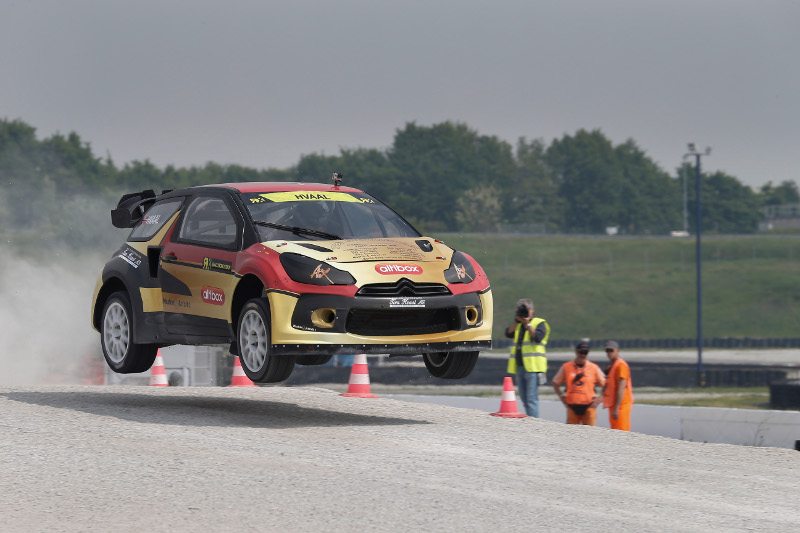 The FIA World Rallycross Championship 2014 has been launched at the Franciacorta International Circuit in Brescia, Italy. The six permanent two car teams were present at the venue, which is new to the championship, as well as some of the individual Supercar entries, Euro RX and RX Lites competitors, revealing driver line ups and liveries ahead of the opening round in Montalegre, Portugal on 4-5 May. The series, which also announced that it would be televised around the world by 30 different broadcasters, including British Eurosport in the UK, announced that it will be supplied by Cooper Tire earlier in the year.

The three manufacturer-backed teams of Ford-OlsbergsMSE (Andreas Bakkerud and Reinis Nitiss), VW-Marklund (Topi Heikkinen and Anton Marklund) and Peugeot-Hansen (Timur Timerzyanov and Timmy Hansen) were all in attendance, with each of the teams represented at the official press conference which was held during the morning.

2003 World Rally champion Petter Solberg and his PSRX team, which he shares with fellow countryman Alex Hvaal, were also at the event, complete with their new-for-2014 Citroen DS3 Supercars.

Two-time DTM Champion Mattias Ekstrom announced his plans to compete in selected World RX rounds with Swedish-based EKS team in a Audi A1 Supercar.  Ekstrom will be joined by former Junior World Rally Champion, Pontus Tidemand, competing for the Euro RX title this year ahead of a full World RX campaign in 2015.

Reigning French Rallycross champion Jerome Grosset-Janin was also at Franciacorta and feeling confident ahead of his Euro RX campaign at the wheel of a Renault Clio III Supercar. It was also announced that a group of 15 other top Supercar drivers had committed to the full Euro RX season.

Martin Anayi, FIA World Rallycross Championship managing director for IMG Motorsport, commented: “With more than 30 broadcasters already confirmed to televise our Championship combined with the truly spectacular line-up of drivers we have competing this year, I firmly believe that World RX is the most exciting motorsport series in the world right now.  We’ve witnessed a huge period of growth in rallycross over the past 12 months and we now have all the elements in place to make World RX the must-watch sport of 2014.”