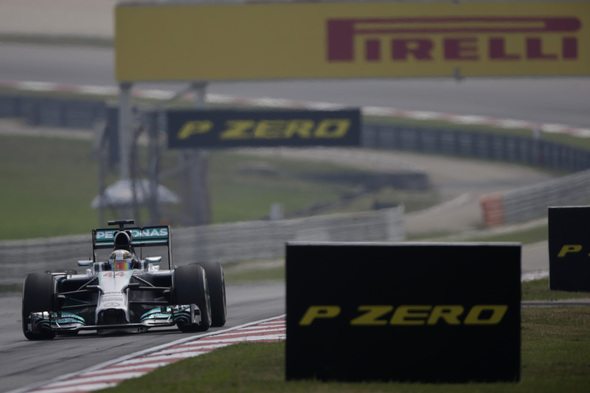 Pirelli has brought its P Zero Orange hard tyre to Malaysia to make its debut at this weekend’s grand prix, and the early signs are that the extra durability could make it the favoured fitment following two free practice sessions on very abrasive asphalt at temperatures nearly hitting 50 degrees centigrade. Despite the harsh conditions, the tyre supplier said that the wear and thermal degradation were in line with expectations and the top seven in FP2 were covered by four-tenths of a second, suggesting it could be a closely fought race.

The performance gap between the hard and the P Zero White medium tyre, also nominated for Sepang, was between 1.0 and 1.2s today, opening up several strategy options.

Only the hard tyre was used in FP1 this morning, before the teams moved onto a combination of the hard and the soft tyre for race simulations during FP2 this afternoon. A new rule this year allows drivers an extra set of the harder compound tyre to be used in the first 30 minutes of FP1: as a result there was plenty of on-track action right from the start of the session.

Pirelli’s motorsport director Paul Hembery said: “As was the case in Australia we’ve seen fewer marbles out on track, but what was surprising was the amount of pick-up that we found on the circuit during FP1, with plenty of non-F1 rubber already laid down on the track. The surface cleaned considerably for FP2, which allowed us to have a more representative read of the track conditions.

“We’ve seen a performance gap of between 1.0 and 1.2 seconds between the hard and medium compounds, which should remain consistent if temperatures stay high. If temperatures drop slightly, we would expect the medium tyre to come more into its own. But we’re still at an early point in the cycle of car development, so for everyone it’s going to be a question of very carefully analysing the data that was obtained today when it comes to formulating a strategy. It can rain at any point in Malaysia, and that’s another factor to consider in preparing for the race.”