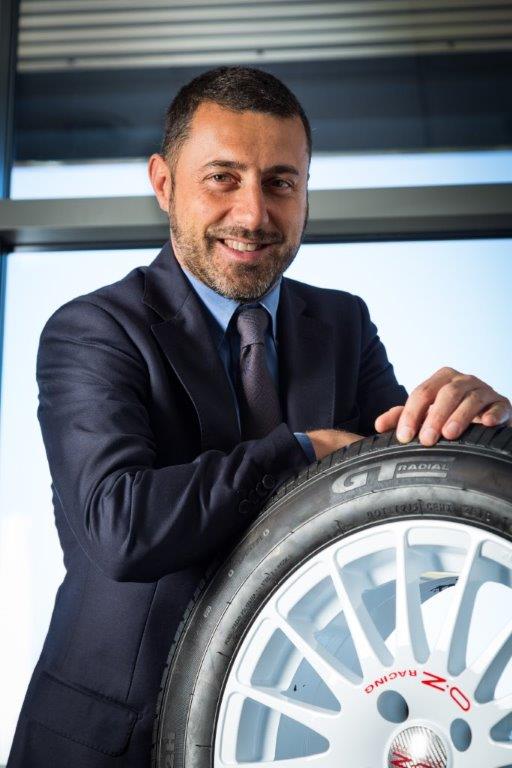 Giti Tire has appointed Angelo Giannangeli it new marketing director Europe for the PCR and light truck segment. In this role, Giannangeli will be responsible for marketing initiatives and e-commerce for GT Radial, Primewell and Runway brand passenger car and light commercial vehicle tyres in Europe; the company aims to achieve a PCR segment market share of between five and ten per cent in key markets. Reporting directly to Europe MD Richard Lyons, Giannangeli will be based at Giti Tire’s office in Milan, Italy.

He began with Pirelli in 1995 as marketing assistant at its Metzeler division in Germany, and later worked within Pirelli’s motorcycle business area in Italy, where he was responsible for commercial business. After this he was employed as an e-commerce manager at Pirelli Pneumatici SpA, then from 2003 he headed up Pirelli’s marketing in Austria and managed the Slovenian market. Some two years later he returned to Italy and took on the role of export and operation manager for Northern Africa and the Middle East, before leading Pirelli Hungary from 2010 and then beginning his marketing role at Pirelli in Germany a year later.

Giannangeli said: “Giti Tire has an excellent reputation in Europe, one that is not only built on the ever-improving quality of its GT Radial, Primewell and Runway tyre portfolios, but a dynamic, knowledgeable and resourceful team that has accessed key countries and taken good market share in very little time.

“The next step is to move the company up another level, and with an established mid-market multi-brand, multi-channel approach, a large and continuing worldwide investment in R&D and production facilities and a proven marketing driven approach we will continue to grow.”

The move follows the recent appointment of Fabio Pecci-Boriani to the newly created position of senior product marketing manager.  He will work directly with Angelo to deliver company objectives.

Lyons said: “The appointments of Angelo and Fabio are testament to our position, objectives and ultimate aims within Europe.  To appoint two individuals of their indisputable calibre from two premium tyre manufacturers is a clear message to the market, we are ready for growth.

“The next five years will be key to Giti Tire in Europe and the entire team will all play their part in realising their potential to deliver the growth targets.  With Angelo and Fabio heading PCR, coupled with our exceptional senior truck and bus team, there are very exciting times ahead indeed.”