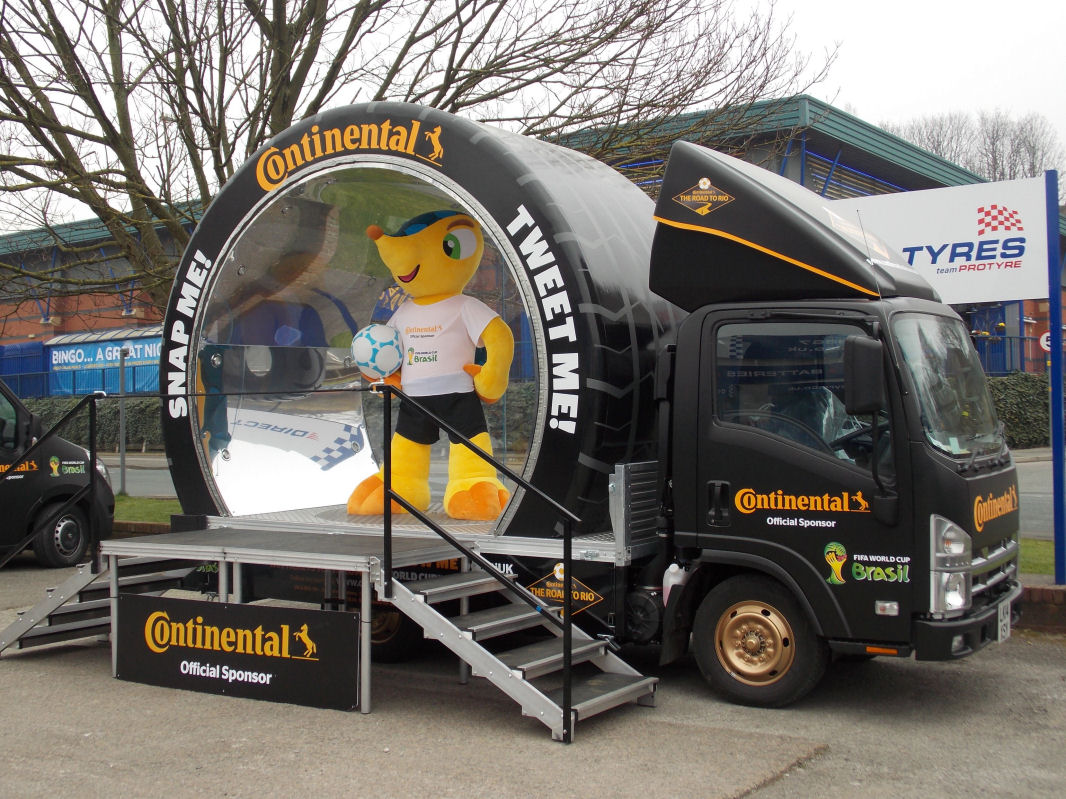 Fuleco features prominently in the ‘Road to Rio’ roadshow

FIFA World Cup sponsor Continental Tyres has embarked on a national roadshow that aims to take a little piece of Brazil to football fans across England. For this ‘Road to Rio’ campaign, the tyre maker has teamed up with Isuzu Truck (UK), which has donated an Isuzu Grafter 3.5 tonne truck to transport Fuleco, the official Brazil 2014 mascot, from town to town. The roadshow began in Liverpool on 11 March and was launched by former Liverpool and England striker Robbie Fowler, a Road to Rio Ambassador for Continental Tyres. Road to Rio will continue until 11 May.

Over seven weeks, the Continental Roadshow aims to visit hundreds of locations across England. People in every region of the country will be able to meet Fuleco, send the England team a message via a photo booth and test their goal scoring prowess to win official FIFA World Cup merchandise. Visitors will also have the chance to win tickets for the World Cup final in Rio de Janeiro on Sunday 13 July.

“The World Cup in Brazil is the biggest sporting event in 2014 and we were pleased to have been asked to help one of the events principal sponsors on this exciting roadshow programme,” said Keith Child, marketing director at Isuzu Truck.

Details of the whole tour, including the route and progress updates, are available at the dedicated website: www.ContiRoadtoRio.co.uk.