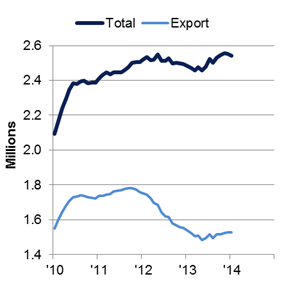 Analysts are expecting growth in UK car output during 2014 and beyond as newly introduced models move to full-scale production. This all comes despite a 0.3 per cent dip in output during the January 2014 compared with January 2013. Exports are also said to be showing signs of recovery, with around 50 per cent of exports go to EU.