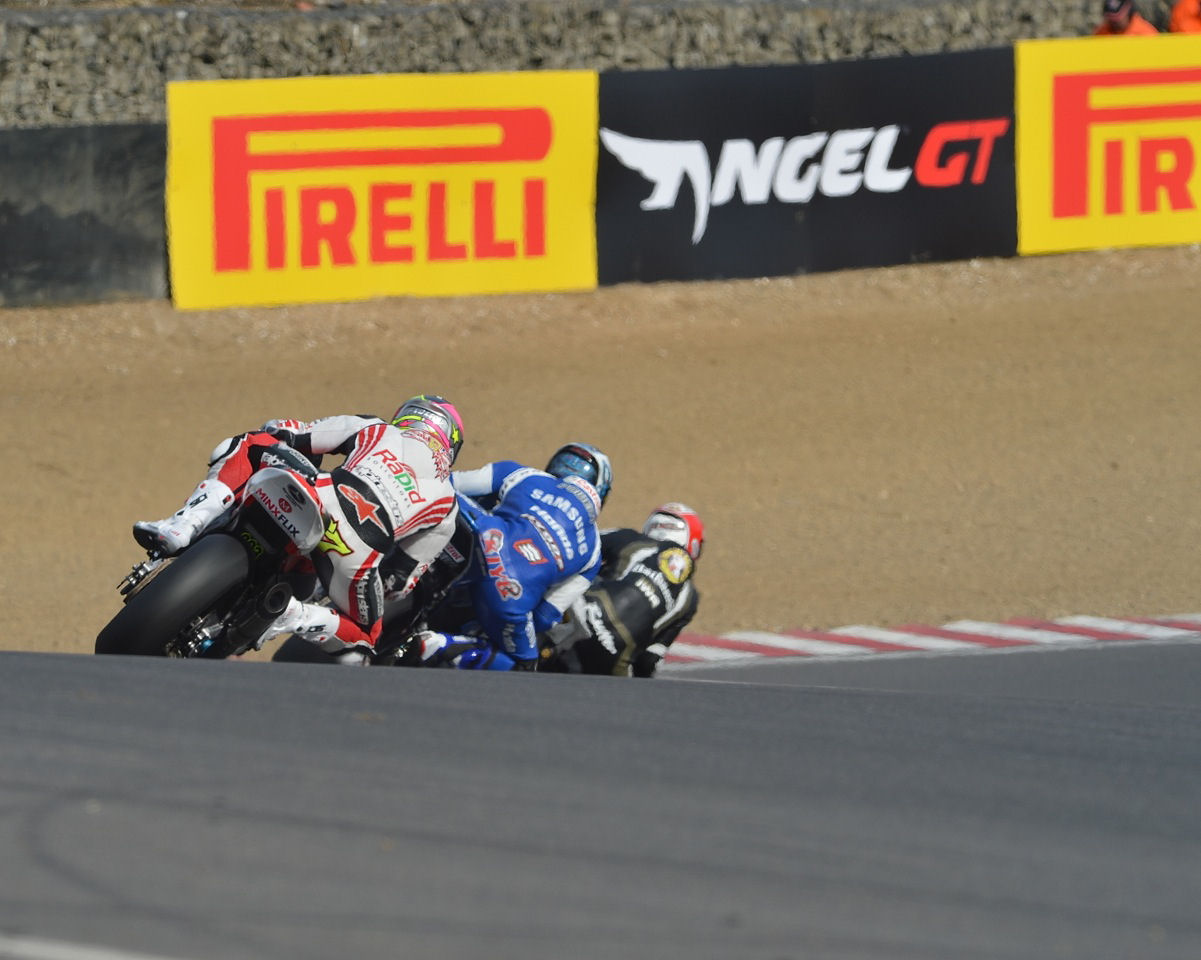 High on the programme for Pirelli UK this year is to capitalise on the Angel GT’s selection as ‘tyre of the year’ by Britain’s largest motorcycle publication, Motorcycle News. Pirelli is promoting the accolade via its dealers and directly to customers by various means. This coverage will build on the strong promotion the sports tyre will gain through on and off-track advertising connected with the MCE British Superbike Championship (BSB) and through Pirelli’s global Facebook pages.

Motorcycle News’ choice for tyre of the year was announced in September and Michael Neeves, senior road tester for the publication, said at the time that “the Pirelli Angel GT has proved itself to be an excellent all-round sports touring tyre, for all types of bikes. It performs like a sports tyre and you could even use it on a sportsbike at a trackday, but it’s long-lasting, stable and grippy in the wet.”

The Angel GT was launched in April 2013 and Pirelli says it proved an instant hit due to the diverse appeal offered by its class-leading mileage, safety in the wet and Pirelli sporting DNA. It was heavily promoted at the BSB as the road tyre to ride to the races throughout 2013 and was also nominated best in class by French publications Moto Journal and Moto Magazine and by Germany’s PS and Motorrad Magazin. Furthermore, independent German facility Motorrad TestCenter compared the Angel GT alongside its rivals the Michelin Pilot Road 3, Dunlop Sportmax Roadsmart II, Bridgestone Battlax BT 023, Continental Road Attack2 and Metzeler Roadtec Z8 Interact M/O and certified it to be the sports touring tyre with the highest mileage.

Following the announcement of Motorcycle News’ tyre of the year selection, Pirelli UK product and marketing manager Jim Worland commented that the MCN award capped a fantastic year for the Angel GT and reflects the positive feedback the tyre maker has received from other quarters. “The tyres have attracted such praise from the tyre dealer network, press and crucially, riders,” he said. “To offer such high levels of grip and handling and to come first in the Motorrad TestCenter’s meticulous mileage benchmarking makes this such an impressive tyre, factors which I’m sure have cemented its place for this award.”

As already mentioned, the Angel GT enjoys the status of being ‘the tyre to ride to the MCE British Superbike Championship on’. And while most of the tyres Pirelli actually supplies to the series itself are strictly race-only, as of this year they share more common ground with tyres that riders can actually buy. Following on from the switch from 16.5 inch to 17 inch tyres in the World Superbike Championship last year, BSB is adopting the larger diameter fitment in 2014.

Results seen in World Superbike last season show an improvement in lap times compared with the 16.5 inch tyres. But the 17 inch tyres don’t just shave crucial seconds from a rider’s circuit time; the changeover to a size used by most modern road machines is also advantageous to Pirelli’s road tyre programme. The tyre maker says the move is highly relevant to the development of compounds and contact patch size. These WSBK and BSB spec 17 inch ‘slick’ tyres are, incidentally, now available for club racers and trackday riders.

The BSB championship, which is both the world’s largest national motorcycle race series and the UK’s largest motorsport series (on two or four wheels), will continue to be solely Pirelli-supplied for all major classes, namely the British Superbike, Supersport, Superstock 1000 & 600, Triumph Triple Challenge and Ducati TriOptions Cup. The other BSB classes will continue to run on road-based Pirelli Diablo Supercorsa SC tyres.

Another significant piece of motorsport news came at the start of this year, when Pirelli’s status as an official tyre supplier to the AMA Supercross series was confirmed. A Pirelli spokesman pointed out to Tyres & Accessories that the UK and European motocross market is heavily influenced by this US series, and it is therefore of considerable importance to the tyre maker. Supercross was created in 1974 and is said to be the most important motorcycle championship in the world in terms of television and onsite audience. It differs from motocross in that it takes place on dirt tracks laid out within baseball and football arenas. Pirelli will be an official motorcycle tyre sponsor of US championship the Monster Energy AMA Supercross for the 2014 to 2016 seasons and sole tyre supplier for the Toyota/Yamaha/JGRMX and BTO Sports-KTM teams.