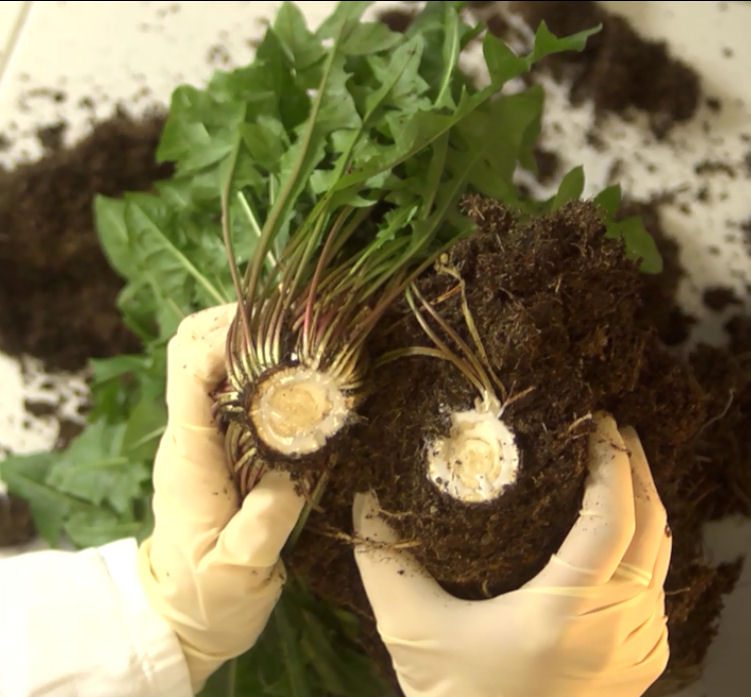 Rubber is sourced from the roots of the dandelion plant

Together with the Fraunhofer Institute for Molecular Biology and Applied Ecology (IME), Continental has gained a nomination at the GreenTec Awards 2014 for the joint “Rubin” project. The project, which focuses on the industrialisation of rubber sourced from dandelions, is one of three nominees in the ‘Automobility’ category, one of 14 awards categories. On 25 February, the awards jury will decide on the podium positions for the three finalists in each category, and the awards will be given out on 4 May at the start of IFAT, the world’s leading trade fair for water, sewage, waste, and raw materials management.

“We are pleased about this excellent response to our dandelion rubber project and its nomination as a project in the top three. Continental is investing in this promising material development and production project because we are convinced that it will enable us to further improve our tyre production in the long run,” commented Nikolai Setzer, head of Continental’s Tire division. “This is because the production of rubber from dandelion roots is far less weather-dependent than production from rubber trees. Furthermore, the new system is so undemanding in terms of agricultural requirements that it opens up a whole new potential – particularly for areas of land in Europe that are currently uncultivated. By growing the crops much closer to our production sites, we can also significantly reduce the burden on the environment and our outlay for logistics.” Dandelion crops can be grown in numerous countries in Europe, including locations where Continental operates factories. The first test tyres containing rubber compounds made from dandelion rubber are set to be tested on public roads during the course of next year.

After demonstrating that it is possible to produce high-grade natural rubber from dandelion roots in the laboratory, work began on a pilot factory that produces this rubber by the tonne; this is currently still under construction.

“With this dandelion project, we have taken a huge step forward on the path to our long-term goal of making the production of tyres for cars, trucks, and bicycles, as well as specialist tyres, even more sustainable,” shares Dr. Andreas Topp, Continental’s representative in the joint project and head of Material and Process Development as well as Industrialization for Tires at Continental. “We expect to be able to produce large amounts of dandelion rubber with at least equivalent performance properties to conventional rubber harvested from rubber trees. And, as a result, we will put ourselves in a position where we are much less dependent on the annual harvest situation in the subtropical growing regions.”

In addition to reducing dependency on rubber growing regions and bringing logistics costs down, natural rubber from dandelion plants can be harvested several times a year. Rubber trees, in comparison, require up to seven years before the first pieces of useable rubber can be harvested.