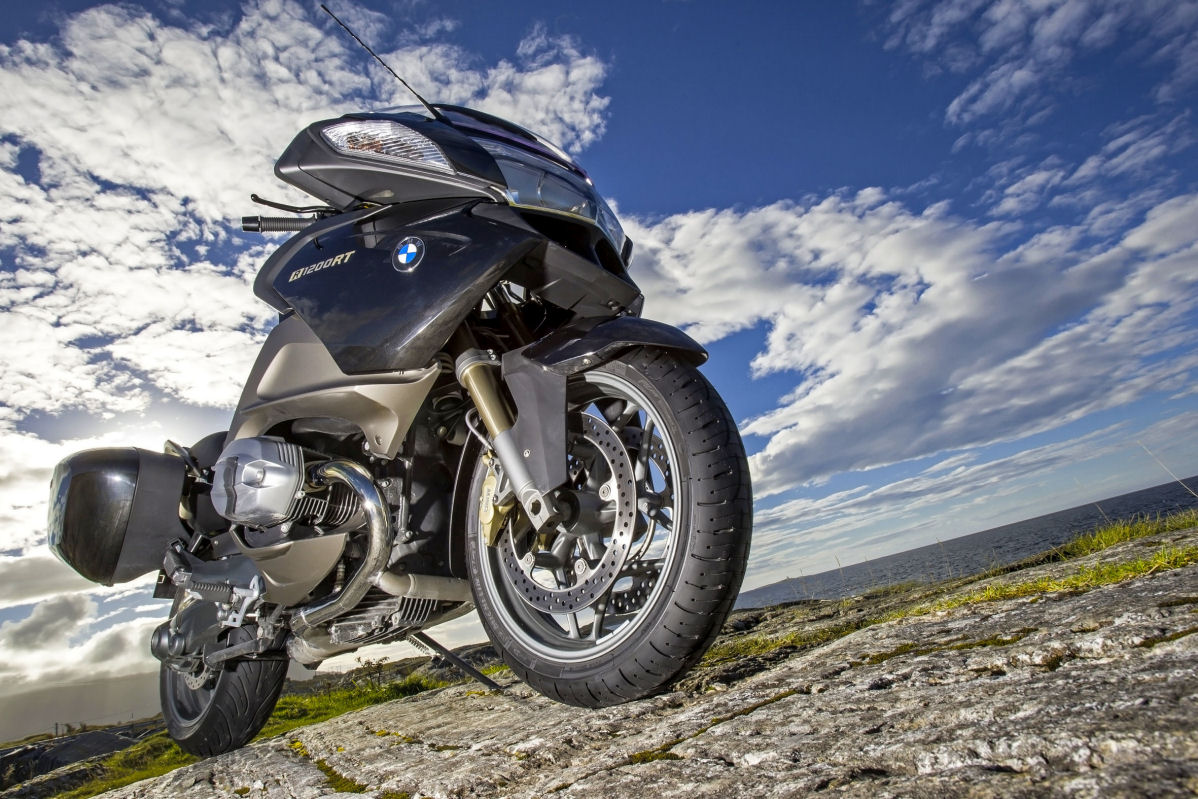 An all-new tyre designed from a clean sheet of paper is something of a rarity. Evolution is more typically the way forward, and every manufacturer worth its salt engages in ongoing product testing to evaluate how new technology and design can be applied to improve a tyre. Within Michelin’s motorcycle and scooter tyre business, the result of this ongoing development work is seen in the two to three new products it brings to market each year.

“We continually test the boundaries when it comes to both compound and design,” shares Ed Wilson, commercial director for Michelin’s Two Wheel business for the UK, the Republic of Ireland, the Nordic region and Russia. He says the adaption of the City Grip scooter tyre to produce the City Grip Winter (launched in the second half of 2013) is a good example of the evolutionary approach to tyre development, and gives news of the imminent launch of another important new, evolved motorcycle tyre.

“2014 will see the introduction of the Pilot Road 4 sport touring tyre, an evolution of the Pilot Road 3.” The new tyre will be produced and sold alongside the previous generation product. “Michelin will simultaneously offer the Pilot Road 2, Pilot Road 3 and Pilot Road 4 – we aim to provide riders with a ‘triple offer’ that covers entry level, medium and top level in terms of price and performance,” Wilson explains. Another triple offer is the development of three separate Pilot Road 4 versions. “We are introducing a Standard tyre for sport touring bikes, plus a Trail and a GT version. This last tyre is aimed at riders of more serious touring bikes that generally have heavier than usual payloads, be it pannier bags or pillion passenger – it has been specifically designed for this. The GT tyre will be original equipment on the BMW R1200 RT, the best selling bike in its class in the UK.”

The press launch for the Pilot Road 4 will take place in March or April, but prior to this the new tyre was showcased at the MCN Motorcycle Show at the ExCeL in London from 14 to 16 February. As for its performance, according to Michelin’s pre-release fact sheet the Pilot Road 4 stops 17 per cent faster on wet roads than its closest competitor, and 24 per cent faster on a wet slippery surface such as a pedestrian crossing or painted lines. Furthermore, the new tyre is said to last up to 20 per cent longer than the Pilot Road 3.

Other new and recent releases include the aforementioned City Grip Winter, which Michelin intends to promote to scooter riders in 2014, and the late 2013 launch of the off-road Enduro Competition VI. In addition to these, this year the tyre maker is introducing new dimensions into existing line-ups, particularly the Commander II, in order to fill any gaps it has indentified.

“I’m quite excited,” shares Wilson. “We gained UK market share in 2013, building on the market share we’ve progressively gained in recent years. Looking at our growing market share despite what has been a flat market, it is fair to say that by definition more riders are switching to Michelin. We are optimistic about 2014. Optimistic due to the products we are introducing and the added confidence in the market – the apparent confidence flowing back into the new car market is a good indicator of how our market will develop. Thirdly, 2014 dealer pre-orders are very encouraging. The market was rather flat for several years post-2008 but now we’re starting to see new market confidence. This will be a good year.”

Wilson reflects that motorcycle riders are a very savvy group of people, and their buying habits differ greatly from the budget-conscious car tyre buyers often encountered in the UK. “They’ve made the connection between their personal safety and product quality,” he explains. “This is different from car drivers. They know to what extent a tyre can increase or decrease performance.”

As already mentioned, Michelin will be present at February’s MCN Motorcycle Show in London. The tyre maker will sponsor the “Revolution” show taking place there; this event will see teams led by Michael Dunlop and John McGuiness going head-to-head on pit bikes and trials bikes, battling over a course of obstacles, jumps and ramps. In addition, all Michelin’s motorcycle products will be on display at the show.