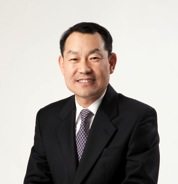 Ho-Youl Pae has been announced as the new Hankook chief operating officer in Europe, following former COO, Jin-Wook Choi’s move to a consultancy role within the manufacturer’s global headquarters. Pae has been promoted from his previous role in the company as marketing & sales executive. Pae will also take on the position of senior vice president and member of the board of Hankook Tire.

Hankook states that Pae’s experience in managing sales operations as well as developing integrated marketing strategies during his 15 years at Hankook’s overseas regional offices made him the ideal candidate for the position. The company added that his tenure at its European headquarters and biggest European subsidiary in Germany allowed him to accumulate “vast” knowledge of the European automotive market, having “contributed greatly to the company’s business growth in the region”. Pae also played a significant role in driving Hankook’s brand equity in the American region through various marketing efforts and activities.

”Our products performance and quality already fulfils even the highest demands, proven by various original equipment fitments from globally leading premium car manufacturers like BMW and Mercedes-Benz. And of course we will continue to focus our efforts on informing consumers about Hankook’s innovative, technologically advanced and environmental friendly tyres engineered and made in Europe for European drivers, thus further increasing awareness and image of the Hankook brand on the European continent” said Pae.

“Hankook Tire Europe will play a major role in establishing the Hankook-brand among the top five global premium tyre manufacturers in the mid term.”