You are here: Home1 / News2 / International News3 / Detroit show launch for Michelin tyre that grips as it wears

Detroit show launch for Michelin tyre that grips as it wears 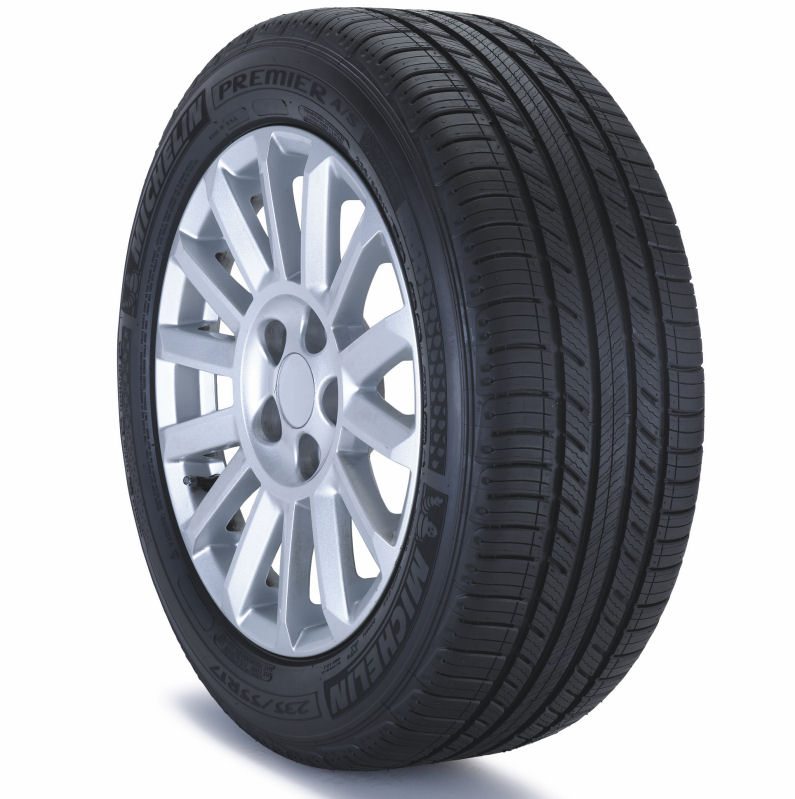 Design with use in mind – Michelin’s Premier A/S

The latest Michelin tyre for the North American market has been designed to maintain high traction over its entire working life, a level of performance it achieves through choice of compound, groove geometry and the inclusion of added grooves that appear when a certain level of wear is reached. This whole-life gripper, the all-season Michelin Premier A/S, debuted at the North American International Auto Show on 14 January ahead of its April 2014 market launch.

Michelin calls the application of compound and tread solutions to achieve ongoing good grip levels its ‘EverGrip’ technology. Explaining the finer points of the technology, Michelin says that traditional tyre design incorporates grooves whose capacity to funnel water from the contact patch diminishes with wear. The grooves become shallower and can’t accommodate the same volume of water as when new. The grooves positioned around the circumference of the Premier A/S, on the other hand, are shaped so that the groove widens as the tread wears. Michelin says this helps maintain the amount of water the tyre can channel away even with a lower groove depth.

In addition to these wider grooves, the Premier A/S with EverGrip has another set of grooves along the shoulder area that emerge as the tread wears. More than 150 hidden grooves emerge to provide additional help in channelling water away and maintaining wet traction throughout the tyre’s life.

The compound used in the Premier A/S contains high amounts of silica and sunflower oil. The silica provides the bonding strength and adherence to keep the tread on the road for high traction in wet conditions. The sunflower oil allows the tyre to grip on wet roads at lower temperatures. According to Michelin, these ingredients are mixed through an exacting process that ensures a consistent material contacting the road both when new and worn.

Michelin says these three elements work together to give Premier A/S with EverGrip “exceptional traction in a range of conditions year round.” The tyre maker claims shorter stopping, hydroplaning resistance and increased grip when new and worn, and reports demonstrating shorter stopping distances in internal comparative tests (against the Goodyear Assurance TripleTred in size 235/55R17) using tyres buffed to 4mm of tread.

“The Michelin Premier A/S tyre represents a significant breakthrough in automotive safety and reinforces Michelin’s Total Performance strategy of tyre design,” said Scott Clark, chief operating officer of Michelin North America’s passenger and light truck tyre division. “With our truly revolutionary advancements in tyre technology, we are able to directly address the effects of tyre wear on grip and have been able to break the traditional paradigm.”

More than 150 hidden grooves emerge as the tread wears

The silica in the compound provides the bonding strength and adherence to keep the tread on the road in wet conditions, while the sunflower oil allows the tyre to grip on wet roads at lower temperatures