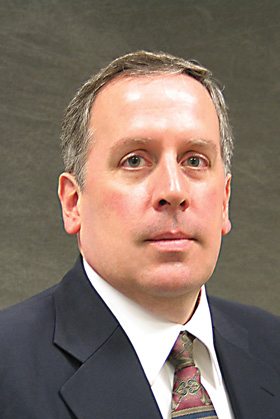 Kirk Papazian was formerly sales director for American Tire Distributors (ATD)/Tire Pros. Prior to his role at ATD, he served as vice-president of sales/Western Zone manager for Am-Pac Tire Distributors. “I have already seen so much growth and opportunity come from working with Kumho Tire,” commented Papazian. “I am very excited to see our new US team progress quickly in 2014.”

Stephen Clave brings with him more than 15 years of experience in the tyre industry in both sales and marketing, including 12 years with Pirelli. Most recently he worked with American Tire Distributors. “I’m looking forward to working with everyone at Kumho Tire,” he said. “As I’ve gotten to know many with the company over the last month and a half, I can see we are all very eager to see the company grow in the coming years. I’m glad to be a part of such a passionate team and am confident we will see many great things come to fruition in 2014.”

Leading the sales team of both new additions and existing members, John Hagan has more than 20 years of experience in the industry and was most recently responsible for sales in passenger, light truck and commercial tyres for Toyo Tires within the US market. Kumho says he brings a proven history of leadership in profitable business, innovative sales and marketing programs, industry knowledge and new market development to the Kumho team. “I am very much looking forward to making a new start with a great company such as Kumho Tire,” said Hagan. “Kumho has a proven history of innovative and aggressive market approaches. By adding fresh minds, individuals with a long history in the industry, to an existing, strong foundation, we have the ability to seek and win many new opportunities in 2014 and beyond.”

Addressing the new recruits, Harry Choi, president and CEO of Kumho Tire North America, said:  “In the one year I have been with Kumho Tire U.S.A., we have experienced a lot of change. Even with these challenges considered, I believe these changes will bring about opportunity for immense growth in the coming year. With an already strong, existing team, I know Hagan, Papazian and Clave will lead us into many years of long-term growth, success and prosperity.”