You are here: Home1 / News2 / UK News3 / BMTR Pirelli PPC of the year for second time in a row 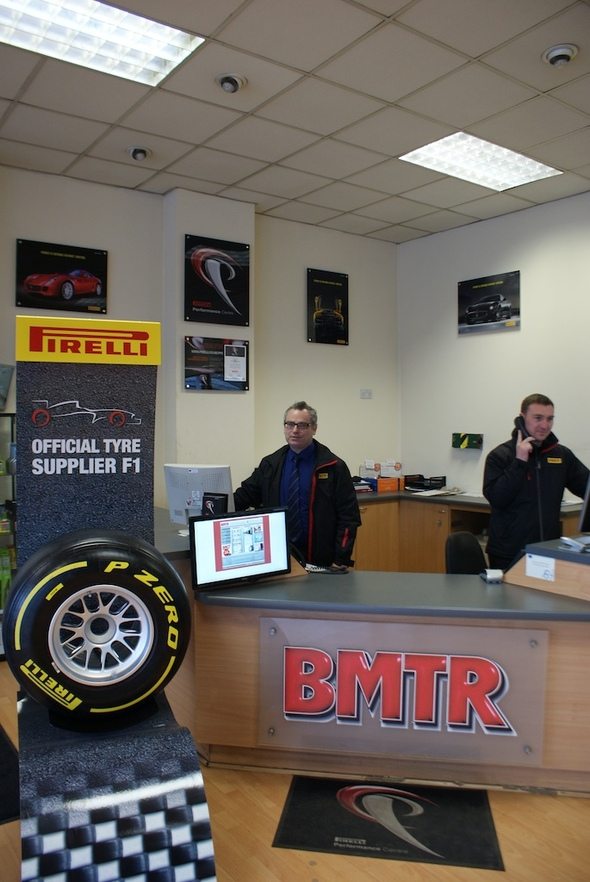 Pirelli named BMTR Pirelli Performance Centre (PPC) of the year for the second year running after the firm achieved the best score on the final audit of 2013. The annual award was inaugurated in 2007 to commemorate the efforts of the company’s Performance Centres across the country and this year six depots were in the running for the title.

Founded in 1919, BMTR – which is also part of Group Tyre – is one of the UK’s oldest independent tyre retailers. Its flagship outlet in Perry Barr is Birmingham’s largest tyre and wheel outlet, with the latest in balancing, alignment and MOT technology.

Paul Smith, joint managing director of BMTR, commented: “I am absolutely delighted that BMTR have won Pirelli Performance Centre of the year for a second consecutive year. The very difficult, industry-leading audit carried out by Pirelli requires the team at BMTR to work to the highest technical standards and to also offer the very best in customer service – to win the award in consecutive years proves that these high standards are now firmly embedded in everything we do and makes me very proud of our achievement.”

To determine the winner of Pirelli Performance Centre of the Year, the six PPC’s took part in Pirelli’s video mystery shop exercise and were scored by an independent assessor. The usual areas of the audit were included – exterior, meeting and greeting, interior, qualification of the customer, inspection of vehicles, final reporting and courtesy.

Catherine Kirk, trade and consumer marketing manager at Pirelli UK said: “Once again the Pirelli Performance Centres exceeded our expectations and did a sterling job of impressing the independent judges. BMTR’s performance has been nothing short of outstanding and to have been awarded the PPC of the Year award for the second year running is testament to how hard the family-run team work throughout the year. Well done also to the other five PPCs who were nominated for the award and to the rest of the Pirelli Performance Centre network who continue to raise standards within the industry.”